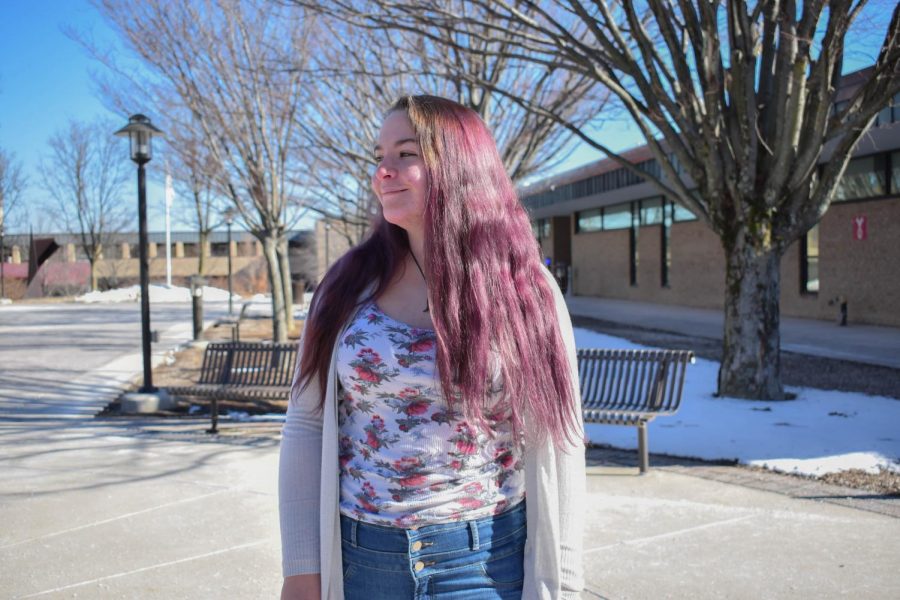 “Millennial Pink,” otherwise known as blush pink or rose quartz, is the 2017 trend that won’t go away.

It’s everywhere from your pamplemousse La Croix can to Wes Anderson movies to your Nikes.

In 2016, Pantone announced rose quartz as the color of the year. This started the obsession with the pink hue across the internet, social media and fashion.

“Honestly, at first I thought the trend was pretty stupid,” said Jump Start student Danielle Pendergast, wearing Millennial Pink colored Nikes as she studied in the library. “But I’ve seen it all over my Instagram feed the past year.”

For first-year student Kelly Savage, Millennial Pink is an essential part of her wardrobe.

Savage said the first Millennial Pink item she bought was the iPhone 6s.

“My sister and I waited in line for four hours to get the phone and I don’t plan on replacing it anytime soon,” Savage said.

In October 2017, the online magazine Bustle published an article with the headline, “Why Are We So Obsessed With Millennial Pink?”

“I grew up with the color pink, like most girls,” Savage said. “But I still think that pink shouldn’t just be for girls. I think the reason I love it so much is because it’s an androgynous color.”

Rapper Drake was one of the first male celebrities to wear the color.

In an Instagram post in 2016, Drake posed wearing a Millennial Pink soccer jersey, a glass of rosé in hand and a pair of pink sunglasses.

“Pink could easily be a guy’s color,” said second-year film student Sanyee Barjogar. “People only see pink as OK to wear for the month of October for Breast Cancer Awareness [Month], but other than that, why does pink have to be feminine?”

The color has an androgynous aspect, according to Barjogar. “This could be because of the metallic tint,” he said.

Even if the trend dies this year, Savage said she still plans to continue wearing Millennial Pink.