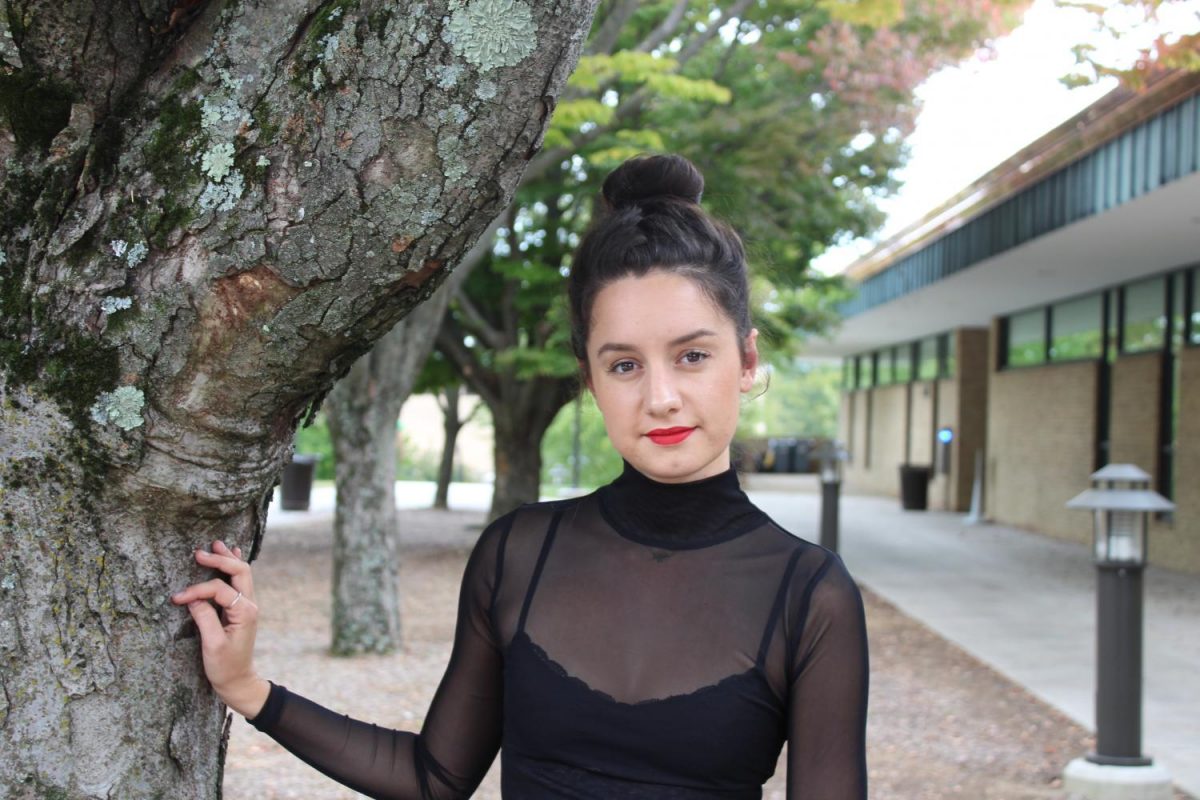 A nationally recognized slam poet stopped at AACC as part of her tour on Oct. 5.

Olivia Gatwood, a feminist, activist, and educator who has been featured on HBO, HuffPost, Button Poetry and other platforms visited AACC to perform pieces from her book “New American Best Friend” along with newer pieces of work.

Gatwood performed original pieces such as “Ode to my Bitch Face”, “Ode to the Women of Long Island”, “Ode to my Period Underwear” and many more.

“I like to write odes to things I think I’m supposed to be ashamed of,” Gatwood said. “I like to think of shame as not an organic emotion… not an emotion that we are born with, or that we even create ourselves, it’s an emotion that is handed to us by other people.”

“I want to be a military lawyer… Which is pretty much a boys club, and I do secretarial work, I’m in very much a female role,” Emily Dreszer, a fourth year Paralegal Litigation major, said.

“Being the only girl in a situation… I’ve definitely felt that. I’ve felt like I’ve denied myself being a woman, being able to express myself how I want to.”

And this is the kind of message Gatwood would like to convey to her audience.

After her performance Gatwood held an open Q&A and then sold signed books in the back of the auditorium, giving students an opportunity to have a face-to-face conversation with her.

First year Human Services major Randy Jenkins said he came into the performance with one perspective and out with another.

“It changed my views on poetry,” Jenkins said.  “I always thought that poetry, you had to rhyme it, but seeing [Oliva], and some other poets, you obviously don’t have to do that.”

Randy said that he now associates poetry with feelings and emotion rather than just rhyming words.

The Campus Activities Board hosted the event.