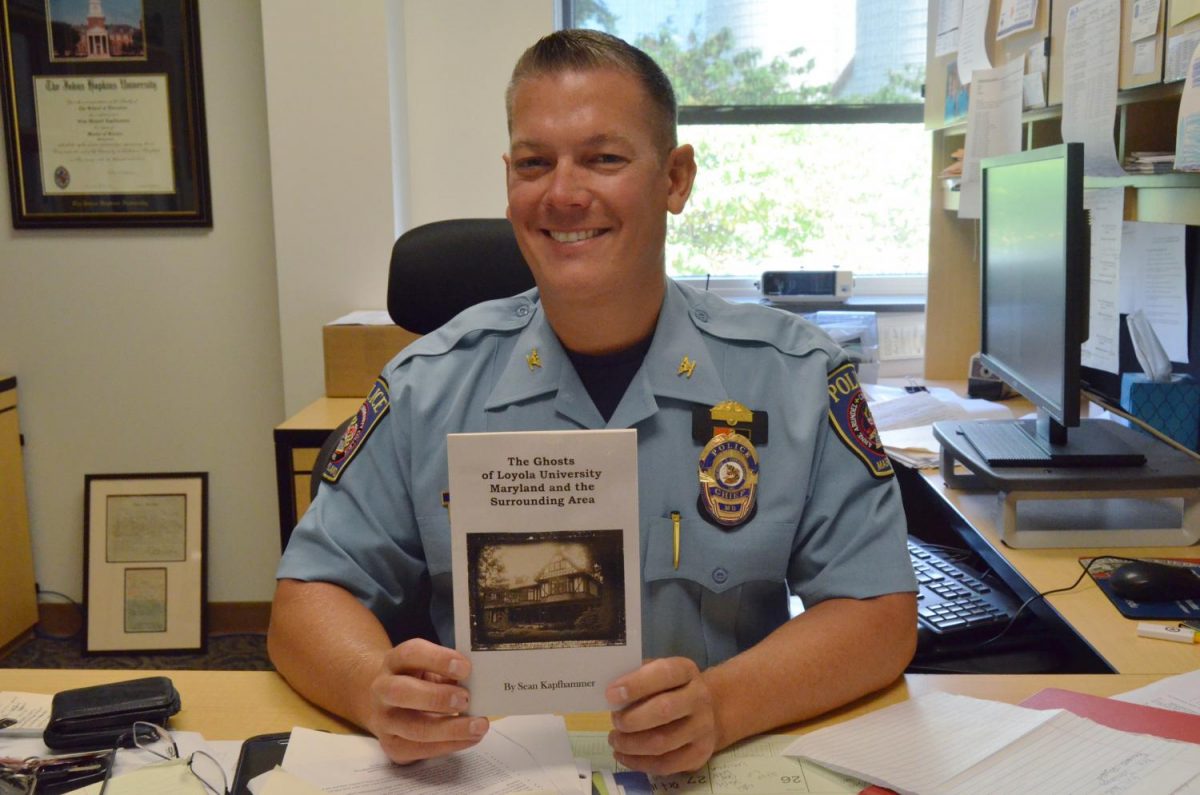 Imagine you are arriving at school for an evening science class in the Dragun building. You’re early, so you take your seat alone to wait for your classmates to arrive.

After a few minutes, the lights in the hallway click off, awaiting some other movement to trigger them on again.

As you wait, browsing your phone, you hear footsteps in the hall. You look up, expecting to see your classmates arriving, but the hallway is still dark.

Puzzled, you walk to the classroom door and look out.

Sensing your movement, the lights near the classroom flicker back to life.

At the end of the hallway, out of range of the sensor you triggered, you can just make out a custodian sweeping the halls in the darkness.

He looks at you, gives a friendly smile and then turns and walks right through a closed classroom door.

You have just experienced what some would call a haunting.

Police Chief Sean Kapfhammer has spent the last year collecting stories about unexplained phenomena at AACC for his second self-published book, “The Ghosts of Anne Arundel Community College and the Surrounding Area,” which will be available at the campus bookstore later this month.

To his knowledge, no one has ever died at AACC’s haunted locations.

Hauntings can happen anywhere someone spent a lot of time, he says, or in a location where strong emotions were felt.

He has never seen or heard any ghosts on campus himself, he says, but people started telling him about their experiences at AACC when they realized he has an interest in the paranormal.

“I’ve always been a believer,” he says. “Too many people have seen things; it can’t all be coincidence.”

His sources for the book were mainly public safety officers on campus, who often work late shifts after students and staff have gone home and the college is—or should be—silent.

Sgt. Stephen Shepet, a night-shift officer who has worked at AACC since 1997, says he has had three encounters during his time here—all of which are in Kapfhammer’s book—and that others have also told him stories that he passed on to Kapfhammer.

Nine areas at AACC seem to be haunted, says Kapfhammer, including the Dragun building, the Careers building and the Truxal Library.

“When I’m just here alone, it’s like, I hear people in the halls, just walking around … or I hear students kind of, you know, rifling around in their bags,” Hamilton says. “But there’s nobody here. … The lights are triggered by a sensor; if anybody walks through there the lights are going to turn on automatically.”

Before the pool building was closed in August, people also reported unexplained sounds and visions of ghostly children playing there.

The pool building is on schedule for demolition to make way for a new Health Sciences building, and it’s anyone’s guess whether the area will still be haunted once the pool is gone.

However, Kapfhammer says it’s possible, based on other reported hauntings that have persisted long after the original structures have turned to dust.

So don’t be surprised if you’re walking to your car from the gym one night and notice the ghostly sounds of children laughing, forever playing happily in a pool that no longer exists.

Kapfhammer says he plans to donate all proceeds from sales of the book to charity.