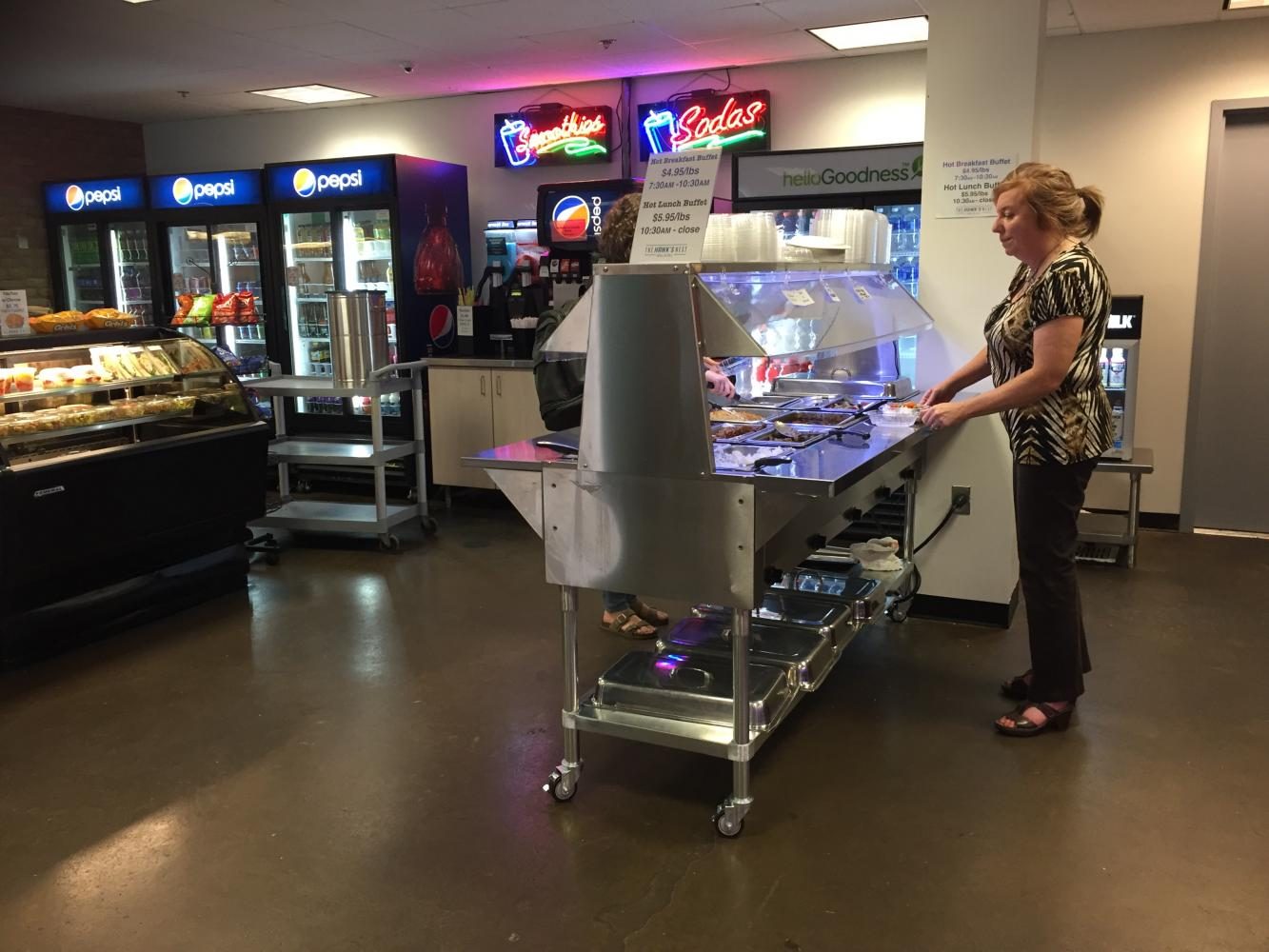 The Hawk’s Nest Grill & Deli will introduce tacos, milkshakes and a hot food bar this semester.
It could also start delivering made-to-order pizzas around campus.
An outside food vendor, CDL, has taken over management of the Grill, which has been in the Student Union for 17 years.
CDL will stock the hot food bar with items that will change each day. Diners will pay by the pound: $4.95 for breakfast and $5.95 for lunch.
“I think it is good they are adding an option to pay by the pound,” Loryane Rice, a second-semester transfer student, said. “It will be easier to control your portion size and not worry about wasting food.”
CDL has not changed the Grill’s name. The Hawk’s Nest Grill & Deli will keep the same staff and most of the Grill’s traditional menu items, like wraps, sushi and burgers, because too much change is “very dramatic,” Robert Buendvenmrs, director of operations, said.
However, two familiar faces will be absent. Wanda Grace and Dan Gechter, the two managers of The Hawk’s Nest since 2000 and 2001, retired on June 30.
AACC officials told the pair the Grill will not be the same without them.
Some students said keeping the original Grill food items is a good idea.
“It helps to have options, and it’s nice the new company is not trying to completely take over but just switch things up a bit,” Melissa Burgos, a third-year transfer student, said.
CDL also plans to cater campus events hosted by student clubs, academic departments and individuals.
The company has not set firm prices for catering of subs and soups.
But Buendvenmrs said the Grill could start delivering pizza for around $13 to people on campus.
The Hawk’s Nest Grill & Deli employees said the new company is good for the campus.
“It will definitely draw in a bigger crowd,” Reneé Marson, a Hawk’s Nest Grill & Deli employee, said.
“However, we won’t know the initial reaction until the Fall semester starts.”
CDL plans to set up an online student opinion form so customers can make comments and suggestions.
For now, however, people can leave their feedback, thoughts or complaints with workers. They are “always listening,” Marson said.
“All we want to do is bring good food and be part of campus,” Buendvenmrs said of CDL’s plans.
CDL also runs another food venue at College of Southern Maryland as well as one in the courthouse in Upper Marlboro.