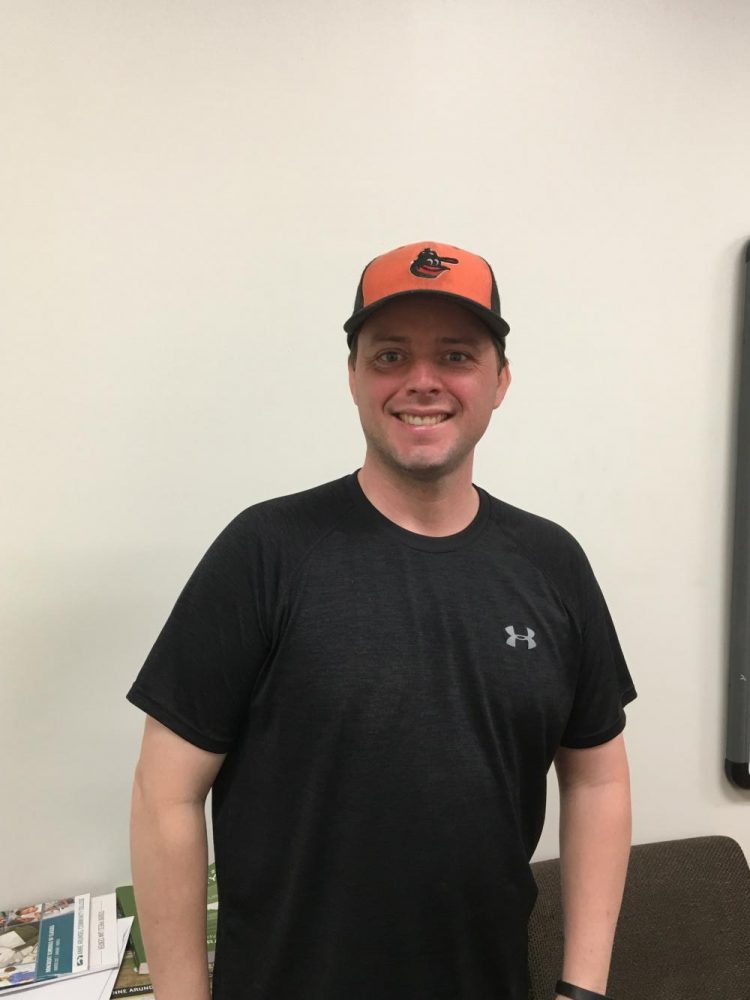 Professor Richard Hardesty brought his class to play the precursor to Baseball on April 28.

An AACC Sports in America class played one of the precursor games to baseball on April 28.

The game, town ball, is very similar to Baseball but with a few tweaks, according to professor Richard Hardesty, the instructor for the class.

For one, Hardesty said, there are four bases on a square field, unlike a diamond-shaped one for Baseball. Also, he explained positions do not exist like in Baseball; people just play near the bases.

The field can also have anywhere from nine to 15 players, and there are no foul areas—everything is in play. Hardesty even said batters tried to “hit the ball backwards” to create the best possible run.

Additionally, outs varied by region; it could be one out to end the inning or three. And hitting a runner with the ball counts as an out, as well as catching it off a bounce.

And the students said they did enjoy the game.

Hardesty explained he has had his Sports in America class play Town ball for the past three semesters.

In the fall semester, he plays it in September when he starts talking about baseball, and in the Spring, he plays it right before finals, as a de-stressor to the overload of exams and homework students may have at the end of the year.

“Doing it at the end of the semester has value,” Hardesty said. “It can also kind of de-stress at what can be a pretty hectic time in their semester. … And can be a good way to learn Baseball [and] how it evolved.”

Hardesty explained that baseballs true origins are unknown. Town ball itself evolved from Rounders, a similar British game, and Poison ball, a French game. He reported that Baseball is not necessarily a true American game, contrary to popular belief.