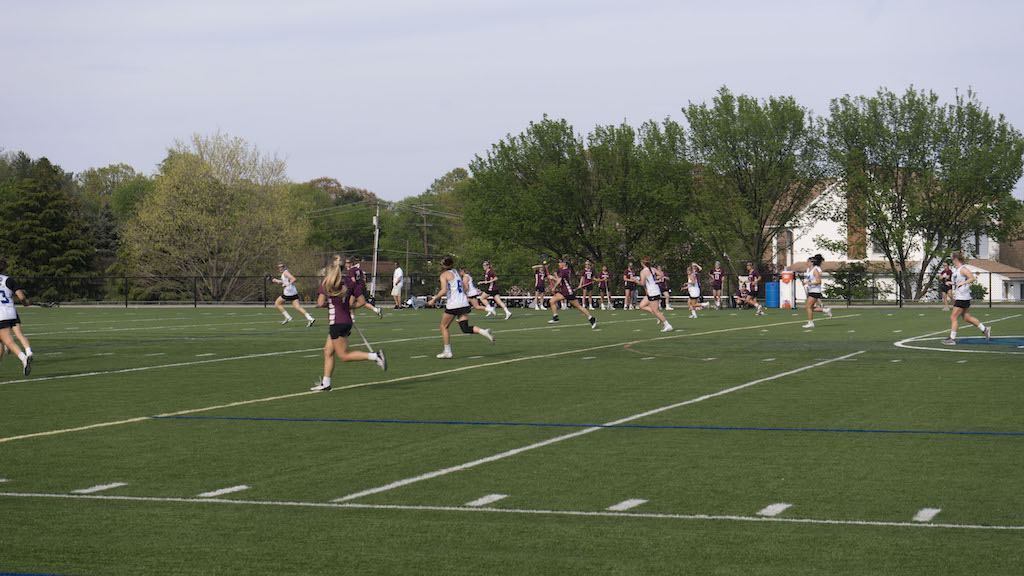 AACC Women’s Lacrosse heads into the playoffs with hopes of making it to the national tournament that the college is hosting.

AACC Women’s Lacrosse is heading to the playoffs.

The regional playoffs start on May 2 at Hartford Community College. If the Riverhawks win there, the team will play at home in the National Junior College Athletic Association Women’s Lacrosse national tournament.

AACC is hosting that tournament on May 13.

Jim Griffiths, Women’s Lacrosse head coach, said he feels good about the team’s chances to make it to the national tournament, which would require it to win all three of its matches in the regional playoffs.

But he said the players have a few areas to improve on as they head into the playoffs.

“We have to play better defense as a team,” Griffiths said. “We have to cut down on turnovers. This is the time of the year where defense and taking care of the possession of the ball is extremely important.”

Freshman Kara Steir, who plays defense, said the chances of making it to the national tournament are pretty high “just based on how we played [this season] and how we played the upper-level teams.”

Athletic Director Duane Herr said the team has some momentum heading into the playoffs. “They’re starting to work together as a team,” Herr said.

Herr said the team has a good understanding of what’s at stake.
“I think they understand how important it would be to make it when we’re hosting,” Herr said. “They’re a really good team offensively. They can really put up some goals.”