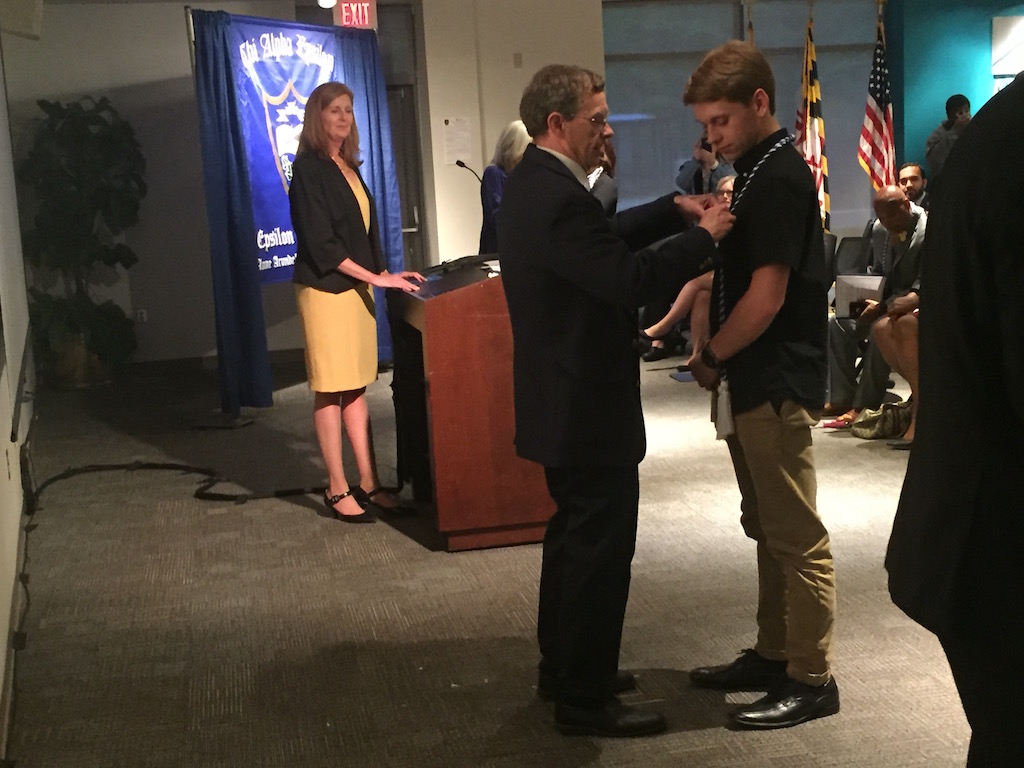 The campus sorority, called Epsilon Chi, has been at the college since 2009.

Sixty-three students and three faculty members were inducted on April 24. A year ago, 82 new members joined the honor society.

Dr. Verna Robinson, an English professor and an Epsilon Chi adviser, said despite lower enrollment, the chapter is still growing and achieving its goals.

“I was both excited and honored to be part of the process of bringing [Epsilon Chi] here at AACC,” she said.

Epsilon Chi is an academic honor society for students who started at AACC with developmental challenges in English and math, but have achieved a 3.0 GPA in general education courses for two consecutive semesters.

The last requirement is for students to have 12 credits.

The main purpose of Epsilon Chi is to promote academic success—especially among students in developmental programs—as well as leadership, service and diversity of learning styles, according to Robinson.

“It is more than just a bunch of smart people in a typical honor society,” Alyssa Thomas, a second-year transfer student and new member of the chapter, said. “It is filled with students who had to start from the bottom and make their way up.”