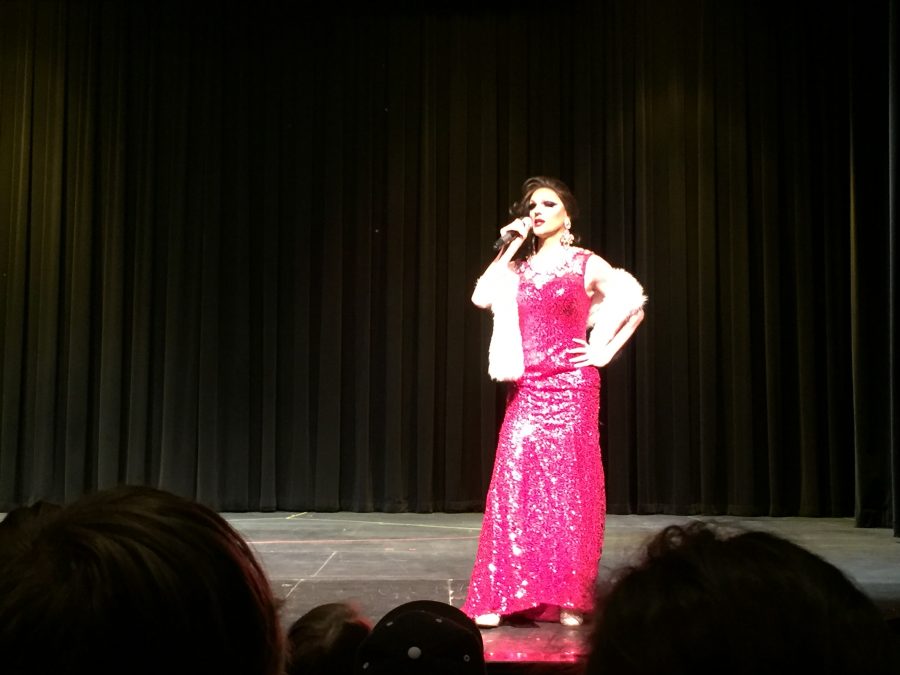 The Trevor Project is an organization that provides crisis and suicide prevention services to Lesbian, Gay, Bisexual, Transgender youth.

Abbi Kadabra, host and winner of first season’s D.C. Drag Wars said that 100 percent of the proceeds will go towards the Royal Court Charities.

“I think that is cool that the money we are giving to the performers is actually going towards something meaningful,” Tori Childs, a third year student, said.

Nadeau performed in last semester’s show at the last minute in just jeans and a T- shirt. Which, according to Kadabra, was unacceptable and called for an upgrade.

Johnathan O’Dea, president of GSA, also performed after a warm welcome from Kadabra. The reigning titleholder praised O’Dea prior to his performance, having told the audience he was her favorite pupil.

“Seeing student performances is always fun even though there are not a lot of them. Yeah, I like to see the professionals but it seems the students are having more fun,” Langston Craft, second year, biology major said.

The biggest surprise of the night was when Kadabra came out dressed as Princess Leia, from Star Wars, and closed the show with her performance.

“I am definitely looking forward to coming to the next one [if there is another one], it was fun,” Catherine Jackson, third year Nursing student said.