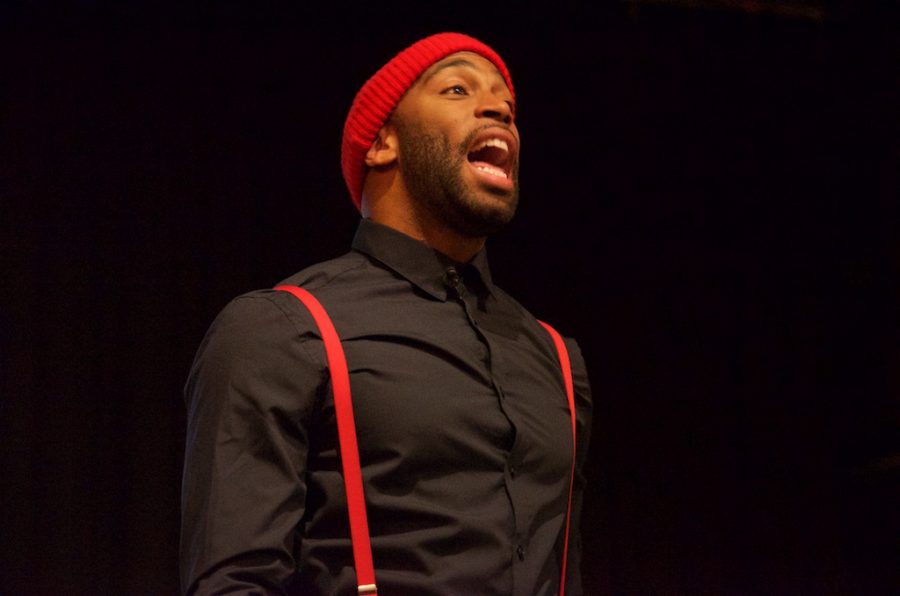 Activist Monti Washington speaks to students about equality and listening to each other.

To treat all lives with equal significance, we need to listen to each other’s stories, motivational speaker Monti Washington said at an interactive speech on campus in February.

The presentation, titled “Which Lives Matter?” lasted for more than an hour and a half and included a spoken word performance and interactive elements.

“I do believe all lives matter, absolutely,” said Washington. “But I do not believe all lives are treated with the same amount of importance and significance. You can just turn on the news and see that for yourself.”

Washington’s core message was that the stories people believe shape our interactions.

Washington demonstrated that it is important to love oneself as a first step to extending acceptance to others.

To illustrate the point, Washington chose six audience members to participate in what he called the “I’m the S*** Activity.”
In the activity, participants took turns on stage holding an industrial toilet paper roll while calling out the positive qualities they want to be known for.

“I’m the S*** because I’m non-binary … so I do not conform to any of society’s standards,” said Cyprus Tyson, an engineering freshman, who also talked about fashion sense, heritage and sexual orientation.

Other participants claimed pride in their goals, religious beliefs, appearance and personalities that they wanted to speak about.

The “I’m the S*** Activity” contrasted sharply against a previous one, in which audience members spoke from their seats about what negative labels they felt others had applied or given to them.