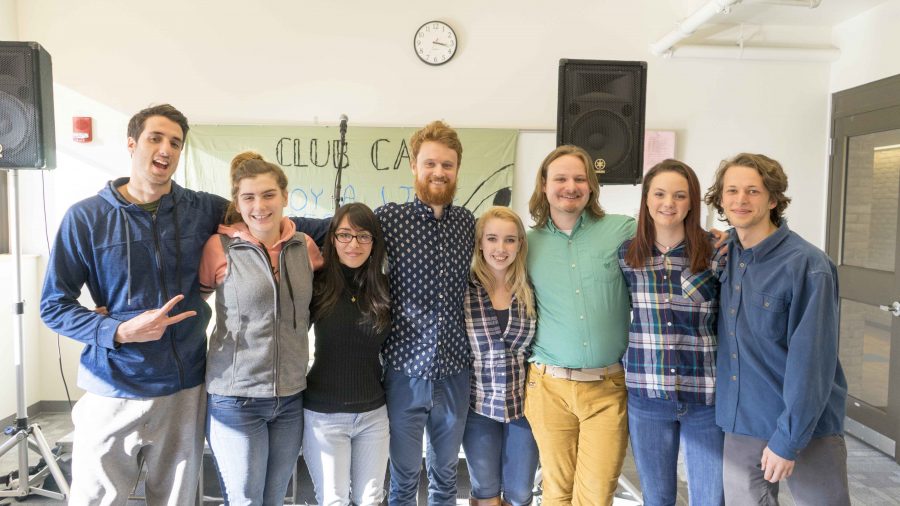 An aspiring musician performed for AACC students on Feb 6 in the first Café Artist Series.

AACC’s Campus Activities Board event hosted Abe Parker, a traveling guitarist and songwriter. Parker performed songs about love, family, and not giving up on dreams.

Parker said one of his original songs, “Little Sister”, is his favorite to perform. It was written in dedication to his younger sister Anna, after she graduated high school.

Students at AACC said they enjoyed the performance.

Parker interacted with AACC students while performing. He revealed his musical upbringing while strumming his acoustic guitar.

“I really enjoyed how interactive it was,” Cook said. “I really appreciated his stories and then taking the time for student questions.”

Parker was raised in Blue Rock, Ohio, and realized he wanted to pursue music professionally when he was 12-years-old.

At around five years old, Parker started playing songs on his grandfather’s ukulele. His songs back then
were about dinosaurs and airplanes, he said.

“I played at a youth group lock-in and there was a bunch of seniors there that really encouraged me and gave me confidence,” Parker said. “I realized [then] I was good at it.”

Parker said he has never gone surfing due to the fact Ohio does not have beaches. He encourages students to get out there in the world in order to grow confidence in their capabilities.

CAB is planning to continue further with the Café Artists Series to keep AACC in tune with the acoustic sound. Nikki Hommel, a singer/songwriter, is expected to perform in the next Café Artist Series on March 6.