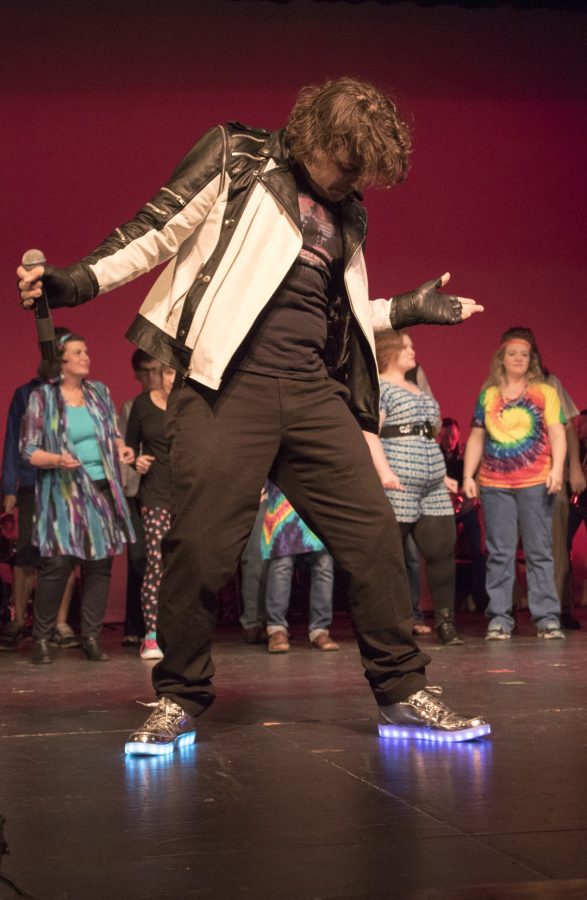 AACC’s Opera Club hosted the History of Rock Opera production Nov. 19. to a crowd of 300 people.

The show offered an in-depth look at the history of rock opera—or a rock group’s way of telling a story with multiple songs.

The opera was written entirely by the conductor, Douglas Brandt Byerly. Byerly is an Associate Professor of Music on campus, and has directed more than 100 musical theater productions.

“[The show] is both a history lesson and a music lesson combined,” Byerly said. “I said how do we do a concert and convey that not only to the public, but to our faculty and students as well.”

Performances in the show featured Opera Club students as soloists or part of a choir. Alumni and adjunct faculty members made guest appearances.

“I’m always happy to do some [Jesus Christ] Superstar,” said Rob Bradley, an AACC alumni student who was featured in the performance. “Doug [Byerly] never has to ask me twice.”

Songs included “See Me, Feel Me/Listening To You” by The Who and “Bohemian Rhapsody” by Queen. “Space Oddity” by David Bowie and “Purple Rain” by Prince paid homage to both artists, who died this year.

Byerly will be conducting a holiday concert put on by AACC’s Concert Choir on Dec 12, and will also be conducting AACC’s upcoming opera production, “The Magic Flute” on Jan 27.