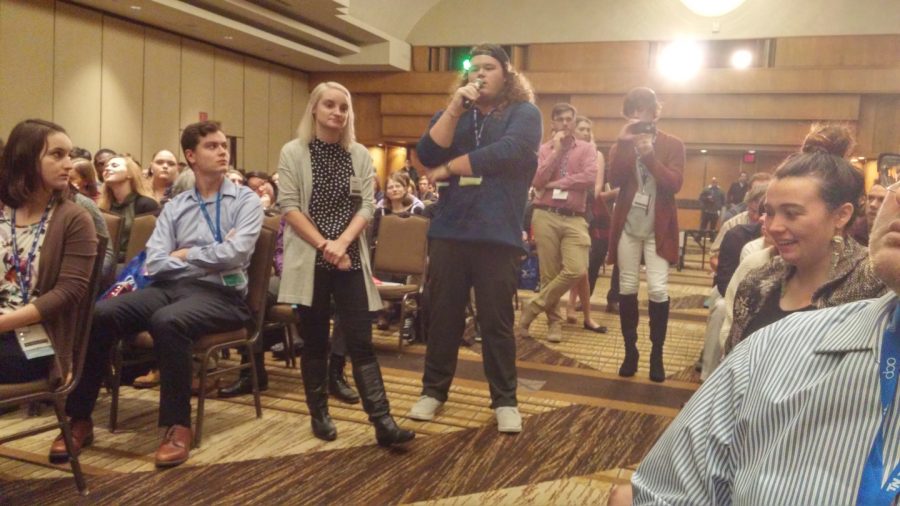 Whistleblower Edward Snowden said the makers of his namesake movie got most of the details of his story right.

Snowden spoke to aspiring journalists about how far the government will go to protect its citizens, but also asked who will protect them from government malfeasance.

Snowden, a former AACC student, smiled when he heard the moderator had selected Johnson to ask the last question of the hour-and-a-half-long session.

“I hope the pizza at the cafeteria has gotten better,” he quipped.