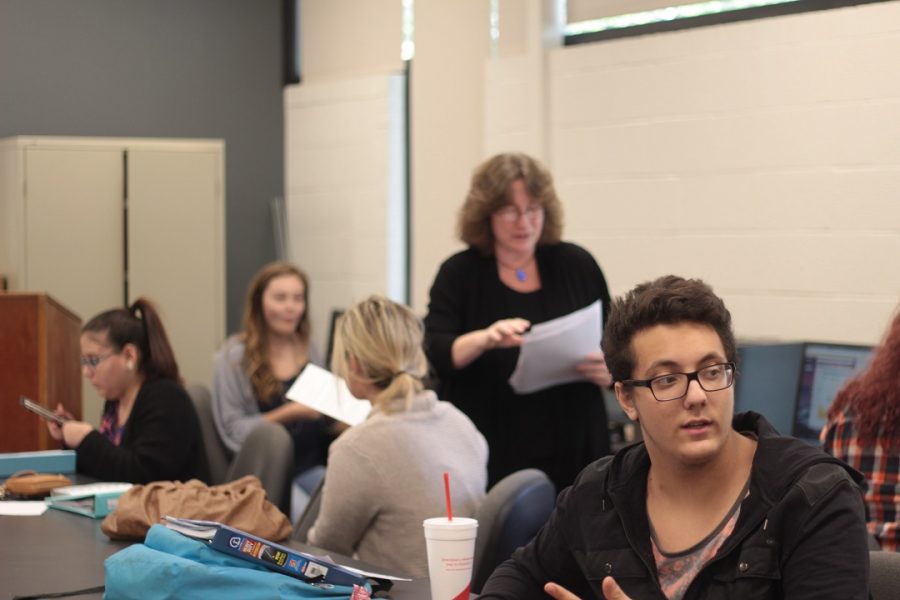 Students will have to take two English comp classes if AACC passes a proposal to change gen ed.

AACC students will have to take two English composition courses to earn an associate’s degree starting in 2017 if the college adopts a proposal to change the requirements for general education courses.

Existing rules allow students to enroll in a single comp course—English 121—or to take both English 111 and 112 to fulfill their general education requirements. The new rules would nix the single-course option.

In addition, the proposal calls for a change to the health and wellness requirement. Instead of taking one health general education course to fulfill the requirement, students could instead choose to take relevant classes within their areas of study to meet it.

“Writing and composition is so important for student success, for any program they’re in,” Interim Associate Vice President for Learning and Academic Affairs Dr. Claire Smith said. “We felt that this would have the most impact on the majority of our students.”

The new requirements would be in place only for incoming students.

The Academic Forum, a group of faculty, administration and staff, will vote on the proposal on Nov. 3.
The English curriculum would undergo fundamental changes if the proposal passes. English 111, 112 and 121 would no longer exist in their current forms.

Between 75 and 80 percent of students already take two English comp classes instead of just one, according to Dr. Steve Canaday, chair of the English and Communications Department.

“English is so important,” she said. “You can be whatever you need to be, but if you can’t articulate yourself while writing a letter … I’ve seen emails from people, where you’re like, ‘Uhhh.’”

However, SGA President Nick Nadeau objected, saying students who qualify for English 121 should be required to take only a single composition course.