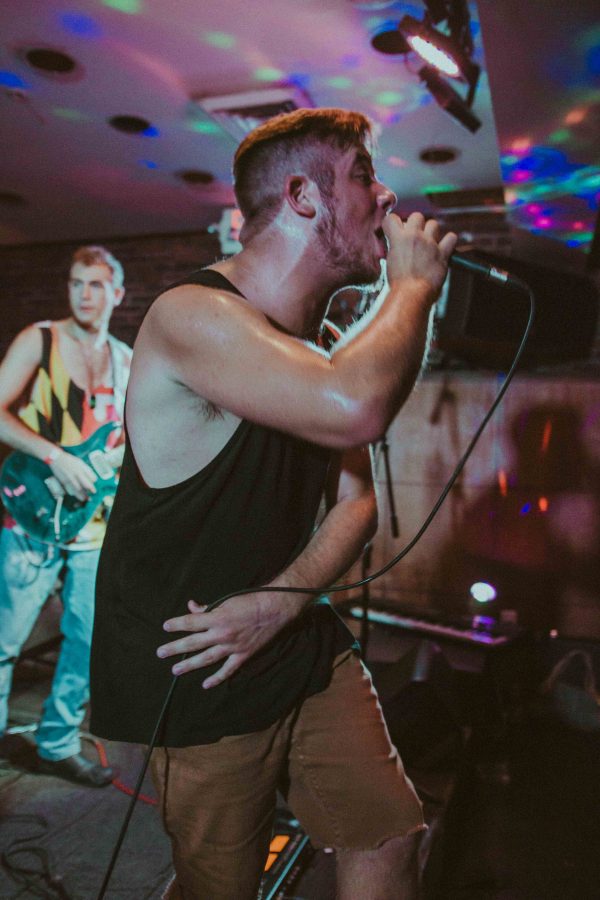 Nick DePietro of reggae- rock band the Vibesmen will perform.

AACC will hold its first outdoor music festival, Swoopstock, on Oct. 7 from 2 to 7 p.m. in the West Campus Amphitheater.

Campus Activities Board President Diane Rapine said she got the idea for the festival while listening to music as she walked through the Cade Building.

“[I thought] it would be really cool if we had a music festival,” Rapine said. “But I wondered if any of the students would want to take part in it.”

Grammy Award-winning singer-songwriter Rudy Currence will head- line the festival. Rapine rated Currence, who was nominated for the Best Gospel Performance/ Song award at the 2015 Grammys, a “10 out of 10.”

Admission to the festival will be free. Other acts include father-daughter duo Britney Valentine, featuring Britney Pieraldi, an AACC sophomore.  Also performing are the Vibesmen, a reggae-rock band featuring three AACC students. Local bands Finger Pistols and Fast as Lightning also will perform.