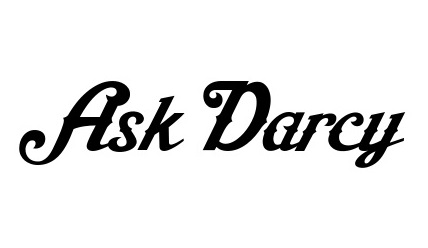 I’m having trouble adapting to college life. Nobody making me go to class means that I hardly ever go, and even when I do the classes barely make sense. I almost didn’t go to college, and now I’m worried that I should’ve tried to make a career somewhere straight out of high school. Any advice?

Let me start by saying something that your parents probably don’t want you to hear: College isn’t for everybody. That’s the truth. But with that being said, college can also lead to bigger and better things, and you never know what passions you’ll discover just by experimenting with college classes. If I had never taken extracurriculars, I would have never found the fields in which I thrive.

I think first and foremost, you need to get to the root of your problem. Is it just that you’re unmotivated to go to class, or is it too hard? The reason for a class not making sense is probably due to your sporadic attendance. If you feel like it’s not the right place for you, that’s okay, too, but before you come to that conclusion, I would exhaust all other options. You never know. This semester might be hard if you have to get general education credits out of the way, but maybe next semester you could take some electives and see what you like. If you don’t have a particular major in mind, this is a great start. And if you still find nothing that interests you, then at least you’ll have the peace of mind that you gave it a shot.

As far as careers out of high school go, there are some options, but more and more employers are looking for degrees. Community college is an awesome start when you’re not sure what you want to do for two reasons. Firstly, like I’ve said, it lets you experiment with your options. Secondly, even if you can dedicate yourself full-time for just two years, you’ve got a degree! You’ve got something for your résumé.

So to sum up, only you can give yourself the motivation you need to go to class. And if that’s too hard, then maybe college isn’t for you. Just because it’s not right for you now doesn’t mean it won’t be right for you in the future, either. You have to make your own choices. When you get down to it, this is your life. Your decisions will shape your life. And though in some situations it may be hard (like the whole parents-breathing-down-your-neck thing), I think that’s the underlying advice here: Do what makes you happy.

Clearly, I’m desperate. My best friend and my boyfriend are… weird when they’re together. I can’t tell if they have some history that I (somehow) don’t know about, or if there’s something going on between the two of them. They barely look each other in the eyes when they’re in the same room together, but when I talk to them separately about the other they both seem to know almost too much about the other person. Like my friend got a promotion at her job, and my boyfriend claimed that he “heard it from somewhere” only two days after it happened. Am I just paranoid?

Firstly, I would like to validate your insecurities and paranoia because your feelings cannot be wrong. No one can tell you that you aren’t feeling those things. And in this particular situation, I think your gut feeling is steering you in the right direction.

Pardon the cliché, but honesty is the best policy. Choose whomever you’re closest with (although personally I’d go with the best friend) and bring it up. See what they say. If there’s an awkward answer involved, then maybe something is going on. I would just be honest with both of them and explain why you feel the way you do. I realize this is easier said than done, but until you do that, you’ll never know for sure. I would like to dissuade you from snooping or spying or involving a fourth party. This is between the three of you.

Here’s the most important part: If they open up to you, whether it’s good news or bad news, you have to take their word for it. Especially if they tell you that nothing is going on, you have to trust them and move past it. If that’s not possible, you’ll drive yourself insane trying to crack the (possibly non-existent) code. And if it is what you suspect, you also have to find a way to move on. I hope you have other people in your support system you can rely on.

Dealing with this kind of issue is never easy. It doesn’t seem like there are any good options, but one way or another you have to deal with it. Unless you want to walk around being paranoid forever, you have to take action and be able to live with the results.

Need advice? Submit your questions anonymously to Darcy at ask.fm/campuscurrentadvice.