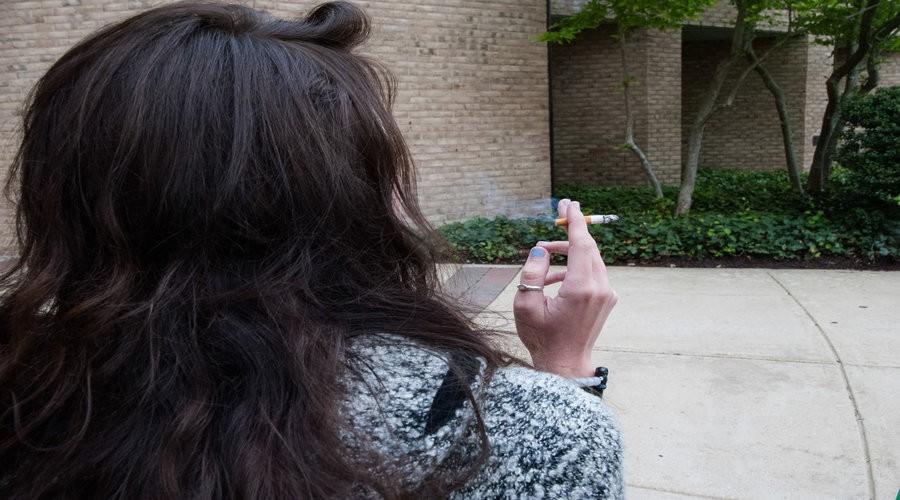 AACC will become the fifteenth junior college in Maryland to enact a smoke-free policy which will go into effect July 1, 2015.

“The majority [of smokers] anticipated this happening at some time,” said Dan Baum, executive director of Public Relations and Marketing. “This is pretty commonplace at this point.”

The updated tobacco and smoking policy was passed on Jan. 13 by the college’s Board of Trustees members. Under this policy, all tobacco and tobacco substitute products are banned on college grounds.

“It is important to remember that this was a student led initiative,” said Laurie Farrell, assistant director of Public Relations and Marketing. “Its design was made for a safer and healthier environment for everyone, and that was the driver.”

The idea of a smoke free campus floated around for a while, said Baum, but no formal steps have been made until now. A survey that was given to students in 2013 started this change, said Farrell.

While students and faculty are permitted to smoke in their cars, violators to the policy are subject to a $50 fine. Besides that, no enforcement policy has been set yet.

“Immediately, there won’t be a lot of consequences,” said Cleveland E. Smith Jr., deputy director at Public Safety and Police. “There’s going to be a lot of warning.”

Public Safety is aware that smokers typically have been smoking for a long time, and kicking the habit can be tough, said Smith. He agreed with calling the first month of the updated policy a soft start date.

“It’s the same when the state puts out a new stop light or stop sign, they have it on flash at first,” said Smith. “We’ll be on flash, letting people know the regulation is in effect.”
While public safety seems ready to ease the campus into the new policy, many students are still upset it is even going into place.

“Personally, I think it’s a load of crap,” said AACC student and smoker Ryan Laverdiere. “I can see banning cigarettes and what not, but banning vape pens seems to be taking it a little far.”

The idea behind banning all tobacco and tobacco substitutes is that AACC sees itself as a place in which healthier lifestyles are promoted. Although many people chose to do it, smoking has proven health risks.

“The Surgeon General has classified [tobacco] as a Class A carcinogen and it’s dangerous for your health,” said Farrell. “That’s something to pay attention to in providing a safe and healthy campus.”