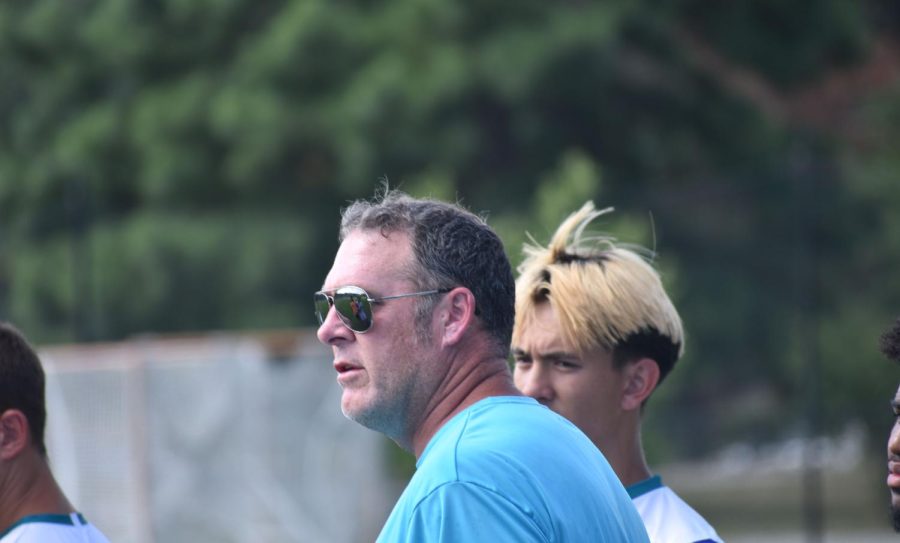 Drew Belcher, a former Chesapeake High School coach, said his goals for the season are to develop the talent on the roster.

“For me, it’s to improve their ability to then help them get to that next level,” Belcher, who played Division I soccer at Quincy University in Illinois, said.

Before joining the Riverhawks, Belcher attended Mullen High School in Colorado. He also played Division II soccer at Fort Lewis College in Durango Colorado. In his free time, Belcher plays for defensive mid for the Christos Football Club. He has three kids, his youngest, William, played defense for the Riverhawks from 2018-2020.

“The kids are devoted and they’re really bought into what we’re trying to do and [I] think the results will continue to show,” Belcher said.

“So we just thought we’d bring in some new blood [this season],” Cosentino, who entered his 17th year coaching the Riverhawks, said. “He’s got a great connection in the community.”

Belcher brings “a lot of different play styles for sure,” Breeden, who plays center back for the Riverhawks, said. Belcher is “fast paced, keeps us moving, makes us work hard in practice, in games, off the field. [He] makes us better men.”

“He always wants the best out of his players,” Whalen, a first-year business student, said. “Of course, he’s a coach who likes to joke around, but when it’s time to get serious, he’s serious.”

“In fact I implore it,” Belcher said. “I want to give [my players] the freedom to attack.”

Midfielder Terrance Espinal said Belcher is vocal and brings a new energy to the sidelines during games.

“He brings the fire,” Espinal, a second-year business student, said. “He wants us to know that we’re here to win.”