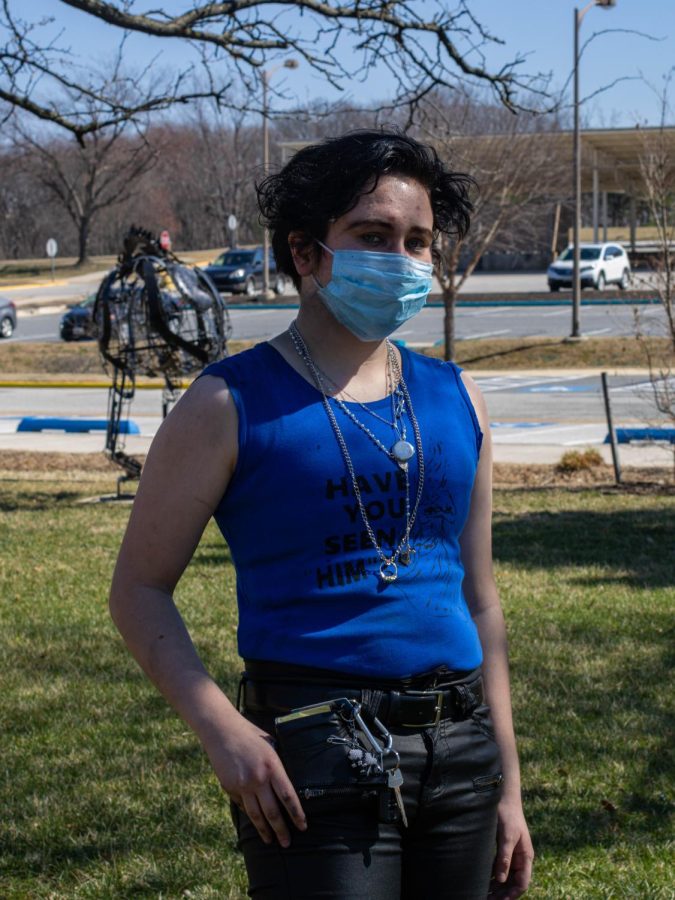 The punk-grunge clothing style is making a comeback on the Arnold campus, proving punk is not dead.

“A big part of grunge fashion is customization,” Jenna Lagoey, a first-year fine arts student said. “These pants are old. So I cut them again, I made them fit and I added all these details on them. And I like them a lot more now.”

Lagoey said punk style clothes are “a lot of that kind of second-hand stuff, you know. It’s really getting the most out of things, things are kind of beaten up a little bit.”

With the revival of ’80s and ’90s punk and grunge music, the fringe styles that those bands inspired also returned.

“You definitely see a lot of the bigger trends are kind of influenced by Nirvana, kind of Kurt Cobain style,” Lagoey said.

“I don’t even necessarily think that has to do with fashion as much I would say as people are … just fed up with pop culture in general.”

Fallowfield said some who adopt the punk style are “just fed up with pop culture in general. I don’t even necessarily think that has to do [only ]with fashion.”

However, he said the revolt against the norm is not just a pointless rebellion.

“People are able to express themselves better,” Gant said. “Personally, for me. I just like this because I think it’s just comfortable. It’s easy for me. I have a lot of pieces that could just go on.”

“I would have to say part of it is definitely the ease of it, where there’s not a whole lot of thought that has to go into actually achieving the aesthetic,” Abell said. “I think a lot of people dress differently nowadays.”