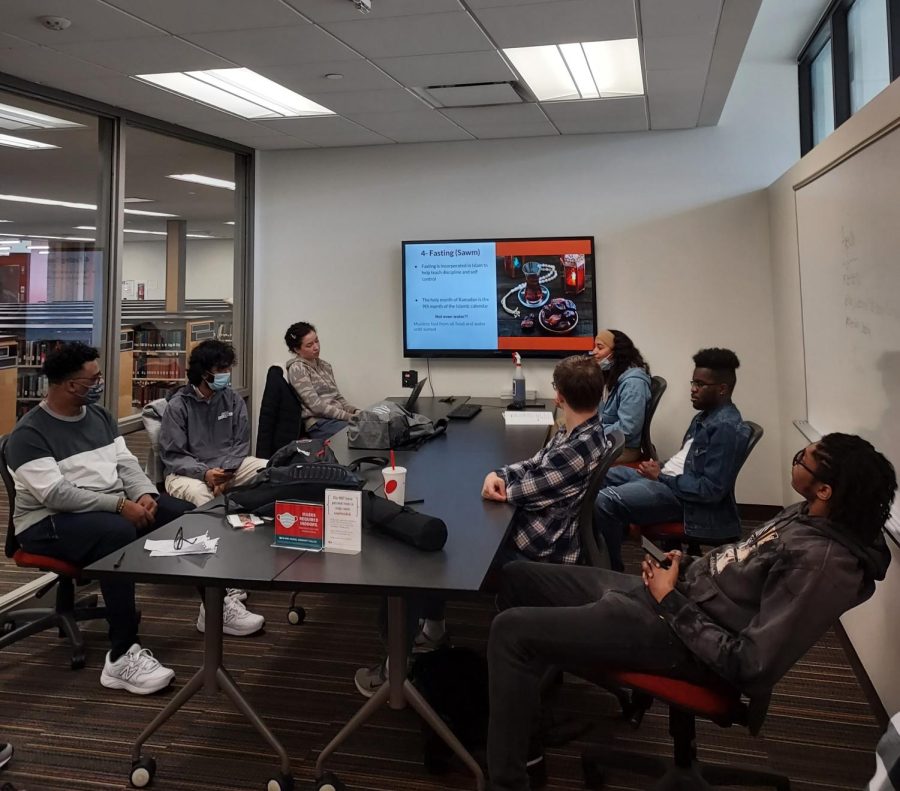 The Muslim Student Association gathers on the third floor of the Truxal Library to discuss Islam.

Hamza Iqbal, the club’s president and Ahmed Abbas, the vice president said they created the club to expand diversity on campus and represent Islam.

Iqbal said seven to 10 members joined the club, which meets on Thursdays from 1 p.m. to 2 p.m on the third floor of the Truxal Library.

Club members discuss Islamic topics, Islamophobia and diversity. The holy month of Ramadan started in early April and ends in May. Ramadan is the ninth month of the Islamic lunar calendar during which Muslims fast, show generosity and pray.

“It’s a really pivotal moment for the college in which we’re beginning to deepen and solidify our anti-racism, diversity, equity and inclusion work,” Silverman Andrews said. “And you know, this club’s formation is impressive because it came from the students.”

Abbas, a second-year information technology student, said he wants to “promote and talk about Islam . . . [and] give a message to people that Islam is a respectful religion with peace.”

“There are Muslim people on campus,” Iqbal noted. “But we don’t have anywhere to go [and] collaborate and understand each other’s religion and stuff like that. So I want it to give people an opportunity to learn [Islam] basically.”

“A lot of people that are in this group that I’ve spoken to see potential [in the club],” Shaalan, the club’s treasurer, noted.

She also said the club is important.

“This is a good opportunity to show our community as being welcoming and just a fun place to be and feel comfortable and be yourself.”

First-year business administration student Fatima Jamal noted she joined the club because she wanted to connect with AACC’s Muslim students.

“It’s nice to bond with people who understand that way of life,” Jamal, the club’s secretary, said.

Students of all religions are welcome to join the club.