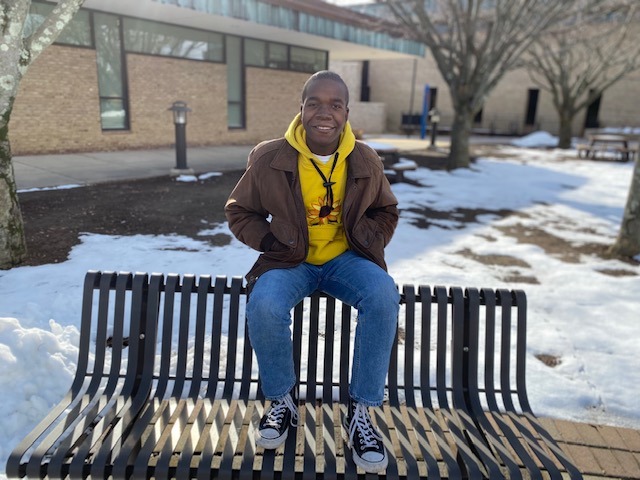 A former editor-in-chief of AACC’s student newspaper accepted a 15-week internship at The Wall Street Journal for the spring semester.

Christian Richey, who worked on Campus Current in fall 2019 and spring 2020, will report and write sports articles and pitch story ideas to Wall Street Journal editors.

“I’m really excited to get started,” said Richey, a senior studying journalism and design at The New School in New York. “It’s just such a renowned place, such an amazing publication and personally, it’s genuinely one of my favorite publications. It’s where I go to get daily news. So having an opportunity to work there. … I’m just incredibly shocked, surprised and just happy.”

Before Richey graduated from AACC in 2020 with a degree in transfer studies, he oversaw the transition of Campus Current from a monthly print newspaper to a daily digital edition when the college closed because of the pandemic.

“My experience with the Campus Current was great,” Richey said. “This is where I fell in love with journalism, where I became interested in it and where I learned so many lessons that I take with me still today. It’s where I learned most of the things I’d say that I know and use on a daily basis regarding journalism.”

“I knew he was going to do well,” professor Sharon O’Malley, Campus Current’s faculty adviser, said. “I just didn’t know he was going to be at the top so quickly. But now that he is, I’m really not surprised. … I think he’s going to go places. We’re going to be reading his byline in the best newspapers.”

Nathan described Richey, who was co-managing editor of The New School’s student paper last year, as quiet, reliable and passionate about journalism.

“He has really good reporting and writing skills,” O’Malley said. “He has good instincts. He is reliable.

He’s conscientious. He’s nice to be around.”

Richey said he hopes to have a career as a professional journalist after he graduates from The New School in May.