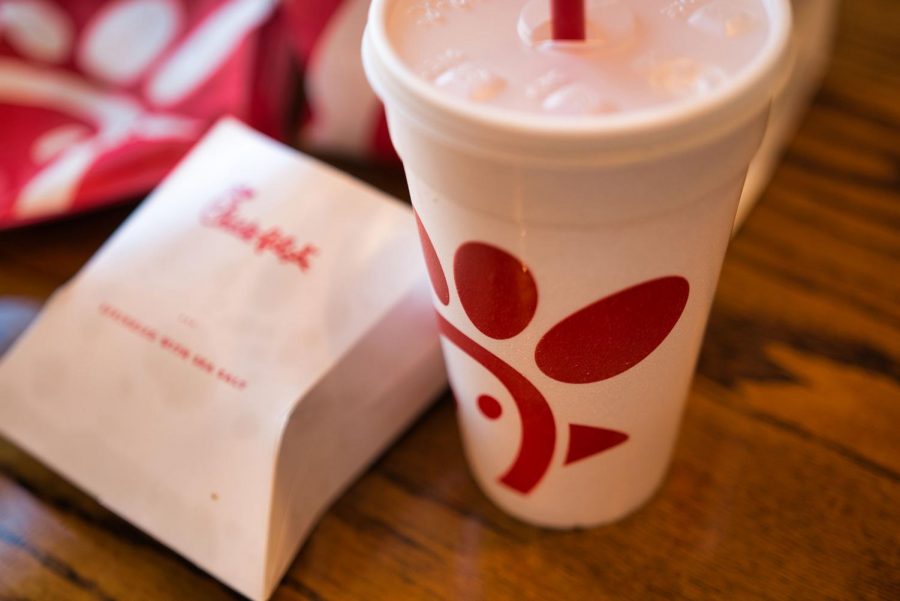 The Chick-fil-A in the Health and Life Sciences building has shortened its hours to 9 a.m. to 2 p.m.

The Chick-fil-A on the Arnold campus cut back its hours last Tuesday because it wasn’t getting enough business but plans to be open longer in the spring, according to the restaurant’s director of operations.

Rebekah Busker explained the fast-food store’s location in the lobby of the new Health and Life Sciences Building was not attracting enough students who take on-campus classes this semester. Because of the pandemic, the college scheduled 30% of its classes on campus and 70% online for the fall.

“We weren’t making the money that we needed, but we wanted to best serve the students as well,” Busker said. “So we found that if we cut back our hours, we’re still serving the majority.”

This, however, did not sit well with some students who were buying their lunch at the restaurant after their afternoon classes.

Matt Louis, a first-year business administration student, said he can’t make it to Chick-fil-A before its 2 p.m. closing because he has class until 2 p.m.

“I mean, their milkshakes are $4 so …what do you really mean they’re not making enough money?” Louis said.

Julia Tvedt, a third-year chemistry student, said after she’s finished with classes, “Chick-fil-A is closed and I just don’t have any chicken, no spicy chicken sandwiches, no food, nothing.”

Gia Gilbert, a first-year forensics student, used the words “annoying” and “frustrating” because she cannot get food after her class that lasts until 2 p.m.

Busker said Chick-fil-A’s management team plans to keep the restaurant open for longer hours once the spring semester begins. Then, 50% of classes will be on campus, along with more students.

“We’re really hoping that next semester, we can get more students on campus,” Busker said. “With only a few buildings open…it’s not really worth it [currently].”

For students like Hamza Igbal, a second-year psychology student, next semester could be too late.