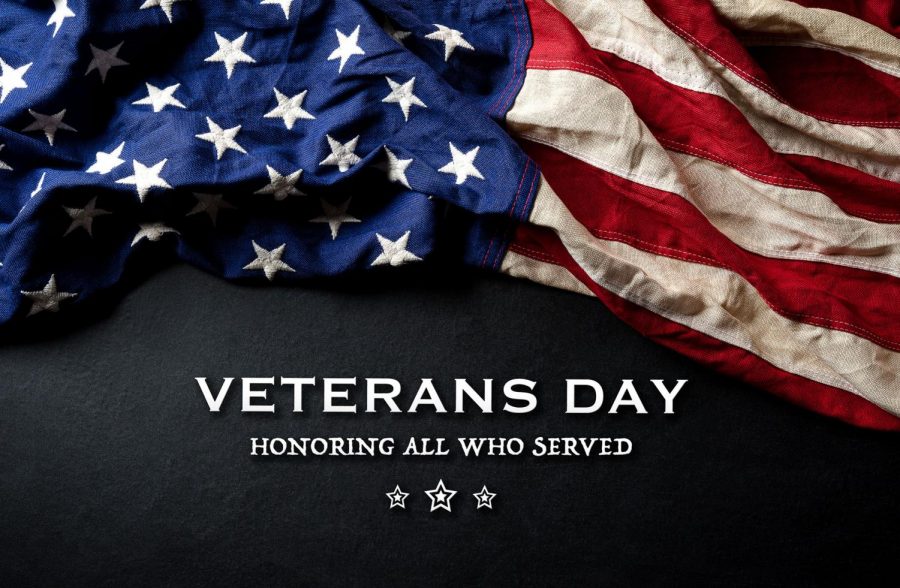 Students and employees who served in the military say they want classmates to treat them like everyone else. Veterans Day is Nov. 11.

Students who served in the military said last week their classmates might misunderstand the veterans who sit next to them on campus.

“You know, we’re just like everyday people that just so happened to have been [in the] military,” veteran William Hensley, a first-year mechanical engineering student, said

“I would hope they understand that student veterans are approachable,” said Kim, who served in the Air Force. “I guess I can’t speak for every veteran, but student veterans, we’re a lot more open minded than [others] may think and I hope they don’t stick to any assumptions or prejudice about us. … We’re more than just uniforms and PTSD. We like to have fun.”

To commemorate Veterans Day–which is on Thursday–Campus Current talked to student and employee veterans about their experiences.

Some veterans, like Joseph Stanik, adjunct professor in the Homeland Security and Criminal Justice Institute, said they are reluctant to talk about their time in the service.

“A lot of them are reluctant to talk about their backgrounds because a lot of them are Iraq and Afghanistan veterans,” Stanik, who served in the Navy, said. “They may have seen some pretty intense combat, or may have experienced violence that has impacted them physically and psychologically, and they may not be ready to tell war stories in the middle of class or anything like that.”

But Navy veteran Marjorie Rawhouser, assistant dean of transfer studies, said, “I think that they have interesting stories.”

“All students being able to hear the stories and experiences that our veterans want to share with our broader community or just the general student body is something that we all should appreciate and pay attention to,” Schorr said.

The student veterans said making the transition from military to campus life has been a challenge.

“You know, it’s definitely difficult to transition,” Kim said. “I would say there is a gap between the military and veteran community and people who are not associated with the military. I can see problems on both sides. I would say sometimes veterans do alienate themselves and they just think that nobody understands them. I think people who are not veterans and not in the military also have their assumptions about who [a] veteran is and what they’re like.”

For Hensley, who served in the Army, the time lapse since his high school graduation in 2015 has been a hurdle.

“It’s hard for me,” Hensley said. “I have to learn to be student all over again. But that’s like more of an individual thing, not so much like stuff on the campus.”

Kim and Hensley said they have met other veterans and appreciate having classmates who understand their experience.

In fact, Hensley said he is surprised by the number of veterans on campus.

Kim said the campus encourages networking among veterans by offering services to help them navigate the college system.

“I thought I had to be an individual and do it all on my own,” Kim said. “But once I [started] talking to people and started asking questions, and being open minded to people’s suggestions, I realized there’s a whole network system out there. It’s not perfect. But there’s way more support out there than people believe. They just have to be willing to reach out.”

“Our student veterans … receive all the support they need to be a successful student from within our Military/Veteran Resource Center,” Schorr said. “We not only help students from the very start when they’re just interested in taking classes at AACC for the first time, we … support them along the way, making sure that they receive any support services, tutoring, anything they might need to help themselves as they successfully move through their program.”