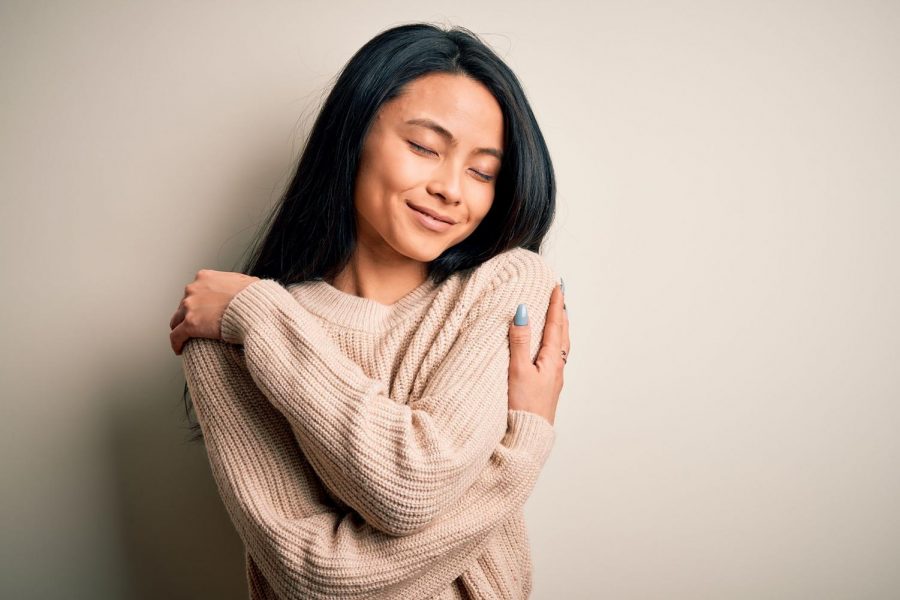 Students who attended a wellness workshop learned how to wrangle their inner "saboteurs."

Students attended a virtual workshop called “Saboteur Wrangling” in October to talk about things that hold them back and to explore techniques to decrease self-doubt and increase self-compassion.

The event’s leader, Anne Bashore, administrative assistant to the dean of student development, said saboteurs—people, ideas or things that seem to sabotage success—are obstacles to getting ahead.

“We can be our best cheerleader, but we can also be our own worst critic,” Bashore said. “We need to really look at how we sometimes sabotage ourselves and hold ourselves back.”

“The people pleaser can [say], ‘I must put others above myself all the time,’” Bashore said. Someone with a people pleaser saboteur can also feel like they “have to [continuously] give before [they] will get love, affection or trust back.”

The avoider saboteur often visits someone who may have had a “great childhood,” lived in a “bubble” or “didn’t have to deal with things like loss or grief,” so they have a sense of their own “happy place,” Bashore said.

Those with avoider saboteurs, “when then presented with difficult or uncomfortable situations, don’t know how to act or what to do, so [they] avoid” the situation, Bashore said. “It can also come from not wanting to make a bad situation worse [so] you just suppress yourself.”

When identifying the perfectionist saboteur, Bashore said it’s common among common job applicants who list perfectionism as one of their weaknesses.

The perfectionist saboteur makes people believe that “if you aren’t achieving, you’re not being successful, [and] that success is measured by some universal metric and if you’re not making six figures and living in a mansion, you haven’t made it,” Bashore said. “What [being a perfectionist] leads to is that same self-esteem crisis we [see in] workaholics.”

The safety captain saboteur makes someone immediately think of the worst-case scenario and even expect a poor outcome rather than success.

Those with safety captain saboteurs “might not believe that [the worst-case scenario is] going to happen, but they can always think of it,” Bashore said. “They will always plan for it and they will keep coming back to it.”

Bashore said safety captain saboteurs are common among those who come from “a place of wounding or trauma.”

Lastly, Bashore said the judge saboteur is the “master saboteur” because a feeling of being judged “brings self-doubt.”

“The judge is the puppeteer behind all of these saboteurs,” Bashore said. “Everyone has self-doubt and the judge likes to be a team player and bring along these [four] other saboteurs to gang up on you and say, ‘How dare you even think about doing this because you’re going to fail for all these reasons. People pleaser, tell them why. Avoider, tell them why.’”

Bashore said the bottom line is that saboteurs convince people they will not succeed.

“That’s the bottom-line message that all of these saboteurs tell us,” Bashore said. “That’s why it’s so important to be able to identify them and then to not let them defeat us.”

To help combat self-sabotage, Bashore advised students to pay attention to their own needs.

“It’s good to make everyone else happy but that also doesn’t leave you a lot of room and a lot of empowerment to make yourself happy,” Bashore said.

August Johnson, a first-year transfer studies student, said he attended the virtual “Saboteur Wrangling” event because he thought it would be helpful for him.

“I tend to self-sabotage, sometimes, so I was looking for ways to combat that, so that’s why I joined,” Johnson said.

Jillianne Calupaz, a first-year interior design student, said she has been struggling with self-doubt. She said she hoped the workshop would give her tips about how to deal with what she’s going through and help her transition back into a post-pandemic normal.

“Usually, my self-doubt roots to my social anxiety, so [by] learning of these [saboteurs] and how I could deal with them, I feel like I can handle everything that’s going to happen, post-pandemic, with meeting other people and going to campus,” Calupaz said.

Johnson said the workshop, hosted by the office of Student Engagement, was “really helpful.”

“It gave me ways … to tame my saboteurs,” Johnson said. “I have people pleaser and avoider, in particular, and I’ve been wanting to figure out ways” to lessen their control.

Calupaz said the workshop helped her identify her saboteurs.

“I usually just call myself a perfectionist and I rarely acknowledge the other saboteurs in my head,” Calupaz said. This workshop “helped me deal with [them] and how [they] will affect my life and school in general.”