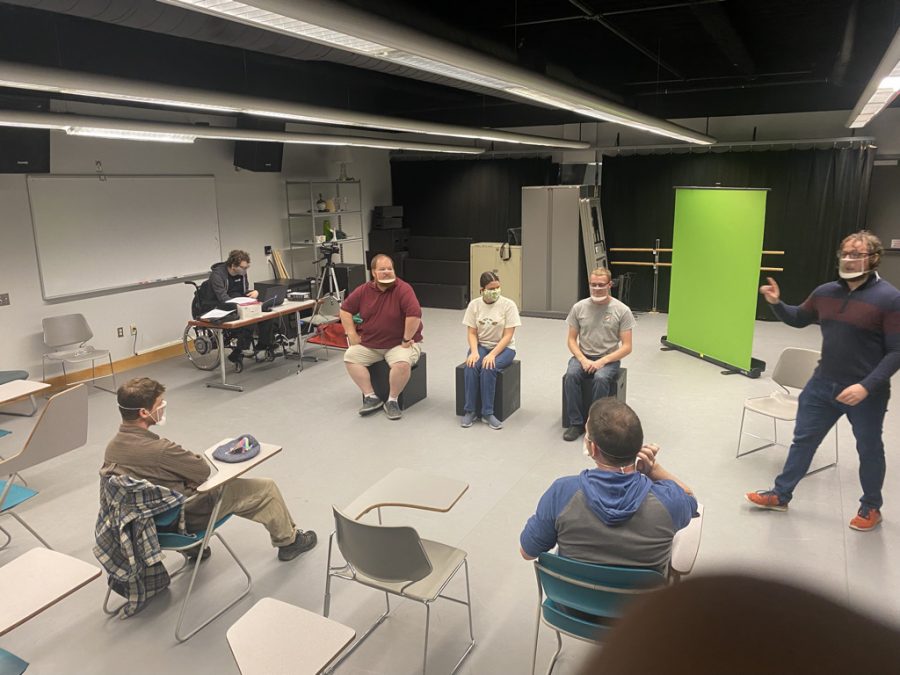 Actors from campus and the community meet twice a week to practice their improvisational skills.

AACC theater students and actors have been rehearsing their improvisational skills for about a month to prepare for an upcoming show Nov. 12 and 13 at the Chesapeake Arts Center in Brooklyn Park.

The Theatre at AACC holds rehearsals, which are open to everyone, at the Cade building twice a week. Show organizers will pick from those who attend rehearsals for a troupe to perform at the improv show in November.

“I’m excited,” Jacob Andrews, an addiction counseling student, said. It’s “something I really like doing, and I definitely have been looking for more ways to be creative, but also just to connect to people in general.”

Improv actors perform on the spot with no script.

It “is very much about connection to the other actors that you’re sharing a stage with,” Wyatt Unger, a former student who works as a professional acting coach, said. “It’s all about making them look as good as possible, and giving yourself up and working for a team.”

On rehearsal nights, theater students practice their skills while Unger gives them situations to put them on the spot. For example, one actor acted out a character while another one guessed who he was pretending to be.

The actors said it was an enjoyable experience and they are looking forward to the show.

“I just really enjoy it,” Zachary Pool, a transfer studies student, said. ”I would go into the field if it wasn’t so draining.”

One actor pointed out his excitement for this experience.

“It’s exciting; it’s thrilling,” Jacob Andrew, an addiction counseling student, said. “I get a lot of satisfaction out of it.”

He added: “We’ll hopefully [get] some good laughs … meet new people, make some new friends … to probably just have a good time.”