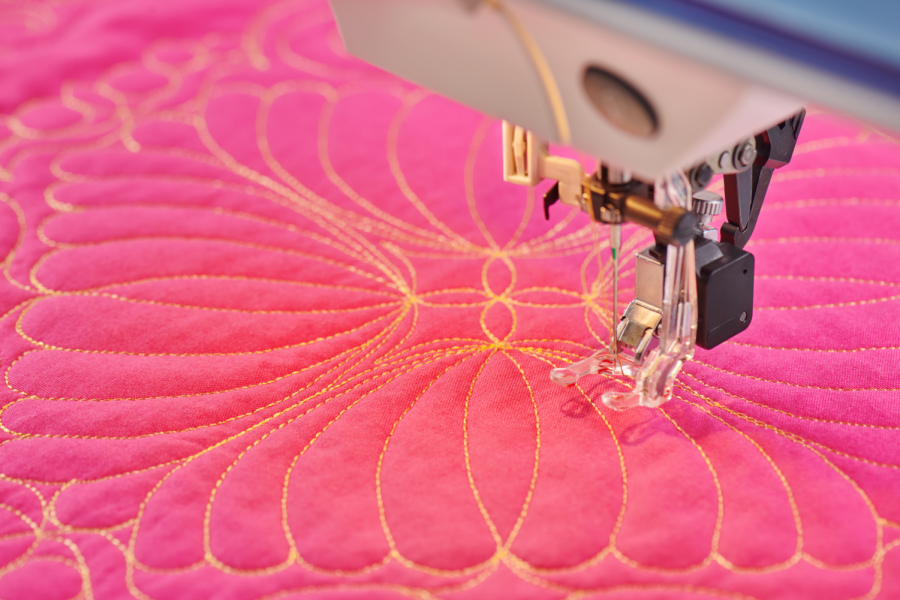 Members of a crafts club on campus started a community quilt while discussing Coming Out Week issues on Wednesday.

A group of faculty and students celebrated Coming Out Week by chatting about the event as they started to create a community quilt on Wednesday.

The Radical Knitting Club is a group of professors, students and staff who talk about social justice issues as they knit or sew. The club will display the quilt at the Truxal Library once it’s completed, which could take up to three years.

“By creating a project like this, you’re creating a standpoint for your community,” said Grace Bourne, the secretary of the Gay-Straight Alliance, a student club. “We may put words on the quilt. [We] may not … but this is simply a solid pillar. This is us.”

Coming Out Week is a national event that celebrates people coming out as LGBTQ.  AACC observes the week on campus with events and speeches.

Club members chose to make the quilt as a way to express social justice and diversity.

“Arts and crafts are basically universally appreciated, and can be interpreted in many different ways,” Bourne said. “This whole idea of craftivism and … just getting a message out there that is so controversial and … a topic of conversation, but putting it into … a craft form [is] a thing of beauty.”

But some who attended Wednesday’s event may not work on the quilt.

“I might not end up being able to because I have to go and get materials,” Ben Nussbaumer, the Student Government Association president, said. “But I just thought it was really neat to see everyone out here making their pieces of the quilt to be able to contribute to the larger piece.