Students ‘excited’ to be back on campus 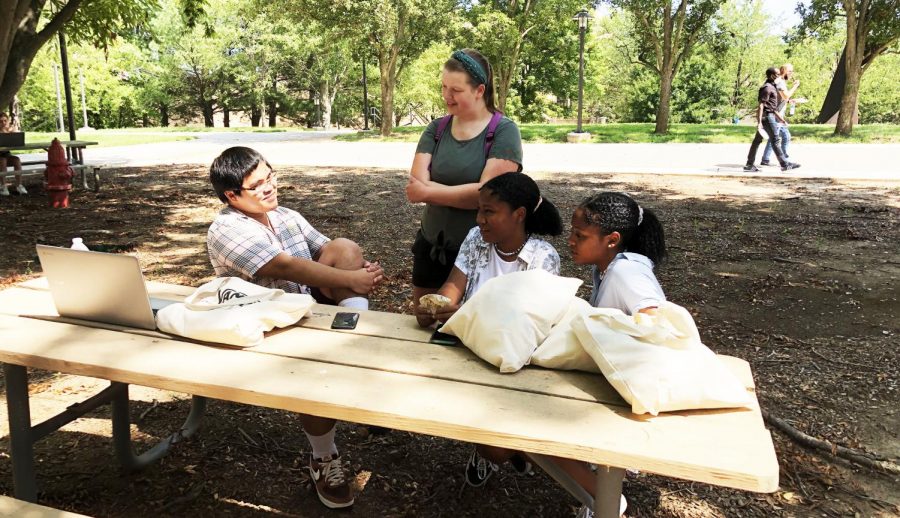 Students gather on The Quad on the first day of school.

AACC students on the Arnold campus for their first day of school said they are excited to attend classes in person this semester after learning remotely for a year and a half because of the pandemic.

In an informal poll of 20 students on Monday and Tuesday, 11 said they they’re happy to be on campus, while three said they feel nervous about their return.

One student said being back on campus feels “surreal.”

AACC closed its campuses in March 2020 and shifted all classes to online. The majority of classes, except for a handful of health and life sciences and culinary courses, remained online until this week.

College officials said 16% of this semester’s courses are in person this semester, and another 12% are hybrids—which means they are mostly online but have some on-campus meetings.

“It’s great to be back,” Thomas Donegan, a third-year film and arts student, said. “I really miss this part, being social with other students.”

“It’s nice to see a whole bunch of people and meet new people,” Dylan Johnson, a first-year statistics student, said. “I like all the different activities and just enjoying the weather.”

Ben Nussbaumer, president of the Student Government Association, said the lockdown made him miss meeting and talking with new people.

“I love [being back on campus],” Nussbaumer, a third-year hotel restaurant management student, said.  “All the other students are great and the faculty’s awesome. It’s a lot of fun and I like talking to people.”

Matthew Bainbridge, a first-year undecided student, agreed. “It feels kind of refreshing to get out and see new people and not just be at your home,” he said.

Juliana Meyer, a second-year nursing student, said she is “a little nervous” about attending the on-campus sessions for her hybrid class because her first year was completely online.

“Coming back on campus, I feel like we’re definitely getting back into a routine whereas everybody [last year] kind of had to be very independent and self-accountable with what you’re doing,” she said.

Second-year psychology student Alejo Sigba admitted he was nervous about coming to campus, but not because of the risk of the pandemic.

“First, I was nervous because I wouldn’t know anybody,” Sigba said. “But eventually, I got more comfortable [and] made some new friends already, which is fun.”

“That connection that you didn’t have before or that got lost during the summer,” she said, but added, “It’s kind of back now, and that’s kind of a nice thing to have.”