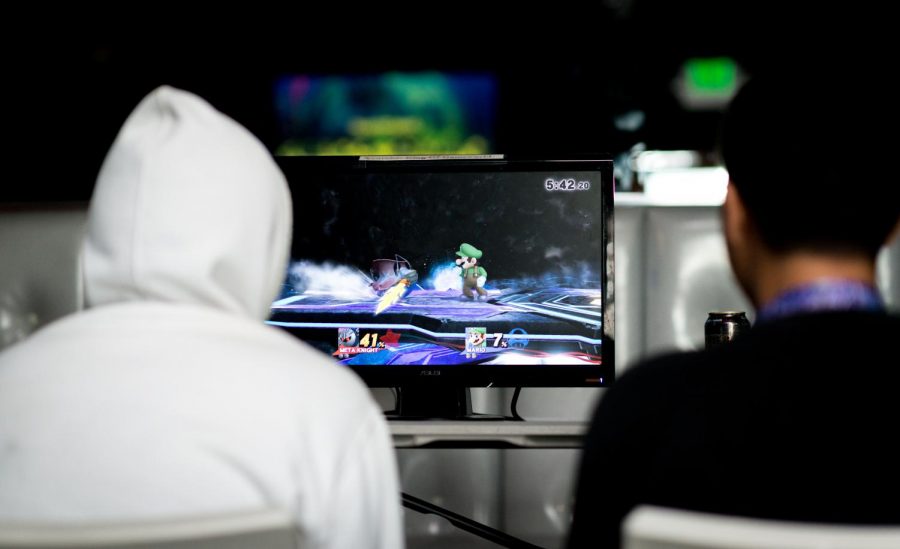 The Athletic Department will begin to recruit student athletes for a new esports team this fall. The department is waiting for approval to hire a coach.

AACC plans to start an intramural esports team sometime this fall and expand it to a varsity team in the spring, the athletic director told Campus Current earlier this month.

Esports–or electronic sports–is competitive video gaming. AACC has a student esports club but no athletic team. Colleges across the country are adding competitive esports to their athletic programs.

First-year computer science student Charles Lovell said he might try out for the team.

Esports is “much better and more spontaneous [with] unpredictable challenges compared to traditional sports,” Lovell said. He said the amount of work in esports is on par with physical sports like baseball and basketball.

AACC graduate Conway Johnson, who founded the student esports club in 2016, said club members are “excited” that Athletics, which has been considering adding esports for more than two years, will finally get it started.

“I do know that a lot of the folks [in the club] were definitely interested in being involved when that [team] launched,” added Conway, who plans to apply for the job of team coach.

“It’s really something that we want to be involved in,” he said. “It’s a very interesting and hot field right now.”

AACC Athletics, which is waiting for college approval to hire a coach, will open its new esports lab in the CALT building on the Arnold campus this fall. The room will house 12 computer stations for student athletes, who can use the lab to practice and compete in virtual tournaments.

To start, the team will focus on games for personal computers–not Macs–like League of Legends, Overwatch, Rocket League, and Call of Duty’s Warzone, Cold War and Gunfight.

“We want to just get on the ground running and then see where we go from there,” Herr said.

Students can apply to become team members by filling out a prospective player questionnaire on the college’s Athletics website. Athletes must be full-time students enrolled in at least 12 credits and have a GPA of 2.0.

Only esports team members will have access to the CALT lab, Herr said. “The lab won’t be open to the public, so you have to be a student athlete to come in and grow your skills,” he said.

Still, he noted that players can practice esports from anywhere.

“The difference between esports and physical sports is that in esports, you’re playing the game through a TV screen and not on a specific field or arena like for physical sports,” Herr said.

But esports and physical sports have some similarities, he said.

“With any other sport that you participate in, there’s going to be practice for strategy, improving skills, learning to work together and multi-person games,” he said, “so [there are] a lot of the same basic concepts just related to video games.”