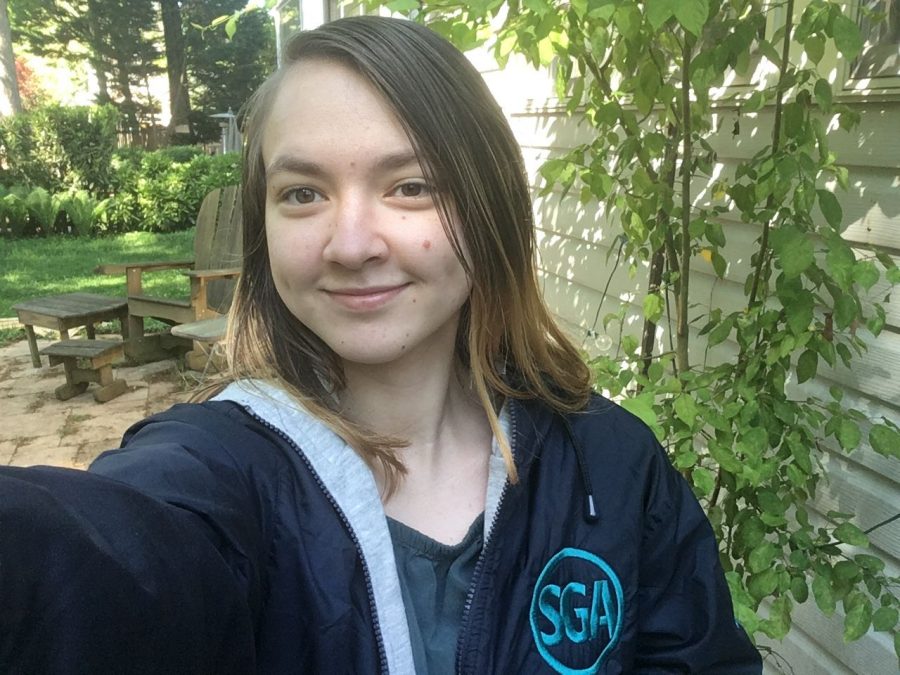 Audrey Wais, SGA's vice president for outreach, plans to become a vegan to do her part to stop climate change. She organized a virtual event to talk about the anxiety some students suffer because of climate change.

Students and professors agreed in April the best way to combat anxiety over climate change is to educate others about the effects of global warming.

Not feeling like you can fight climate change can lead to anger and disconnecting from friends, and it can cause anxiety, energy consultant and psychologist Renee Lertzman explained in a TED Talk that started off a virtual event for students.

Student Government Association Vice President for Outreach Audrey Wais, who planned the event, said another way to lessen anxiety over climate change is to talk with other friends who suffer from it.

“I think … realizing I’m not alone is the best way to combat the anxiety part,” Wais, a second-year business administration student, said.

Wais, like second-year computer science and math student Maria Pasaylo, said she is adopting a vegan diet and changing her shopping habits to reduce consumer waste. Wais said she deactivated her Amazon account to prevent herself from making unnecessary purchases, and Pasaylo said she urges her parents to recycle more.

Pasaylo is in an informal group of students educating each other about how humans have affected the Chesapeake Bay. Pasaylo said the group plans to start a Chesapeake Bay hub through the website globalCoLab.net.

One alarming fact, Pasaylo said, is the presence of 200-plus invasive species of fish, birds, rodents and shellfish in the Chesapeake watershed. These include the blue and flathead catfish, which eat blue crabs, an important species in maintaining the proper Chesapeake Bay ecosystem.

Pasaylo said group members plan to share what they have learned once they feel they know enough.

“I think everyone has in them, you know, that they want to help,” but work and school interfere, Pasaylo said.

Professor Seth Miller, who co-teaches a climate change class, told the 16-person audience a common misconception is that a cold day is evidence against global warming.

Miller explained to the audience that jet streams are strong air currents that encircle the North Pole at an altitude of 10 kilometers. These jet streams normally prevent arctic air from escaping into the rest of the Northern Hemisphere, but have become wobbly from global warming. The wobbles have allowed arctic air, called the polar vortex, into the U.S., where it caused record-low temperatures in February.

Miller said the easiest way to solve climate change is to vote for politicians who will push for eco-friendly legislation.