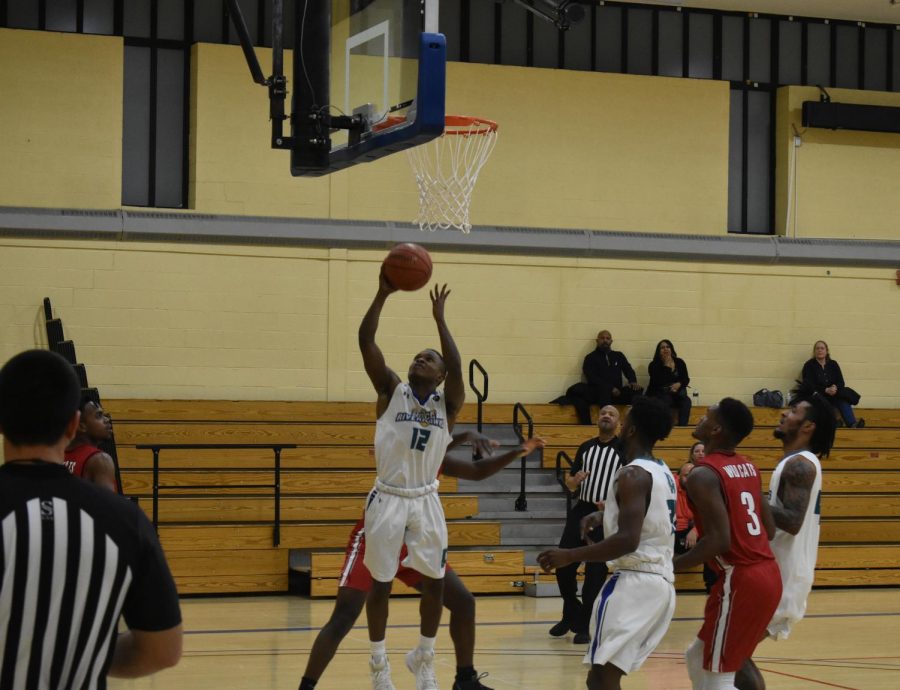 The Riverhawks' Mens' and Women's Basketball seasons have been on hold since March 2020. Players say they are staying in shape as they look forward to returning to the court in the fall.

As AACC basketball players sit out their 2020-21 season, they said they’re working out and looking forward to getting back on the court next fall.

The college canceled all athletics last fall and halted indoor sports for the spring to comply with county rules during the pandemic.

Braeden Cavey, who plays guard and forward for Men’s Basketball, said he has been following that advice.

“Sometimes [gyms are] very, like, restricted on what you can do and very limited on how many people can go in,” explained Cavey, a second-year health, fitness and exercise studies student. “So I just try to get into as many gyms as I can get up as many shots as I can.”

Michael Cantrell, a guard, said he has been doing the same thing.

“I’ve had, of course, extra time to go to the … basketball courts up my street and just worked out a lot,” Cantrell, a second-year physical therapy student, said.

“I’m just worried about being in shape, said Women’s Basketball guard Jasmine Schouster, who tore a ligament over the summer. “I’ve been more getting on after the ankle situation. My strength will come with it.”

Women’s Basketball coach Lionel Makell said he looks forward to seeing how his team performs next fall, as most of the athletes on the fall 2021 squad will be first-year players.
Schouster, a second-year surgical technology major, said she has hope for the next season.