Student Drone Club back in business 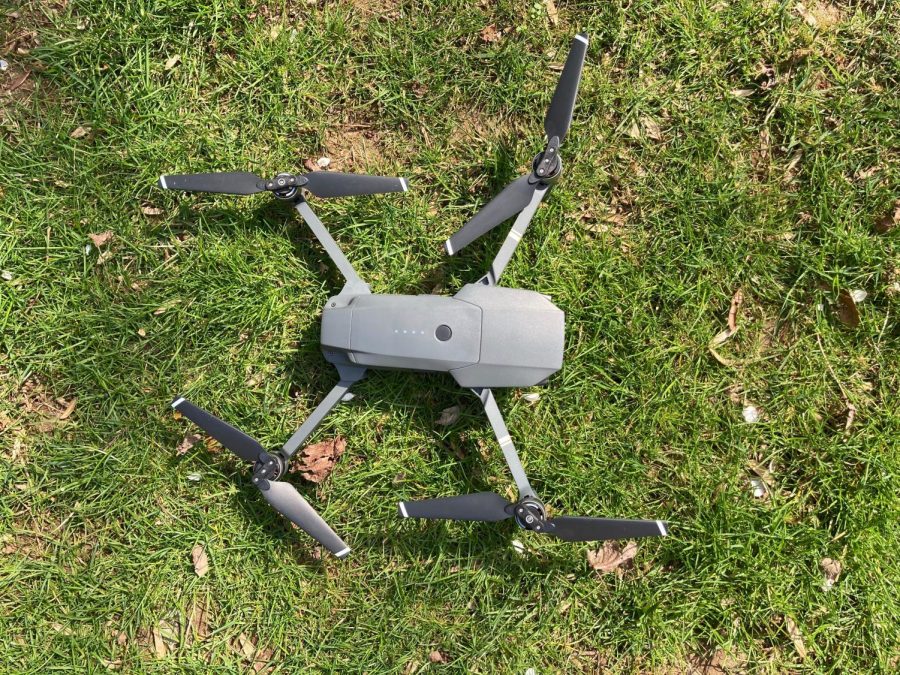 Members of the student Drone Club say they hope to return to campus soon so they can fly their drones.

Second-year engineering student Alexander Thompson said he hopes to get some practice flying drones before he starts a volunteer position that involves drone flying this summer.

Tumelty said he flew radio-controlled planes while he was in college. “That’s a talent because you’re actually flying,” he said.

The club stopped meeting after the college closed its campuses last March because of the coronavirus.

During last week’s event, Tumelty, an instructional specialist for the School of Science, Technology and Education, introduced the group to the Before You Fly app for drone flying regulations.

“[Before You Fly] is a downloadable free app for your phone,” Tumelty said. “It locates you and gives you red, green or yellow [indicators]. Green means you’re in the clear, you can fly there. Yellow means there are some cautions so read through [them]. Red means you cannot fly. It is that simple.”

“You’ll be able to fly at your house now, because I’ll show you how to use this Air Map program and all you have to do is put a request in,” Tumelty said.

Previously, anyone who wanted to fly a drone had to request Federal Aviation Administration approval 90 days ahead of time, Tumelty said.

“Now, with this website, you can do it and 30 seconds later you have approval,” he said. “So, the FAA is working really hard to make flying legally easier and they just want people to know the rules and fly legally.”

Tumelty said he hopes to get approval from the college to meet with other drone enthusiasts on an open field—following social-distancing rules—and fly together.

“I want to get campus life back to campus life,” Tumelty said. “[AACC has] a beautiful campus to work on and we have room to fly drones, so it’s a perfect place to do things we want to do.”

Still, his drone class will meet virtually in the fall.

During the meeting, participants discussed the possibility that drones could replace human pilots.

“Most of the airplanes, I think, in the future will be unmanned, for military purposes,” Tumelty said. “It’s cheaper to build and you don’t have to put all the life support systems in the aircraft. Not only do you not have to put somebody at risk, it’s a smaller footprint, better gas mileage and you don’t have to worry about that person having to get up, eat, sleep and do all the other things a person has to do. It is the future.”

According to Tumelty, drone flying is going to be a game changer for a number of careers. He said firefighters already use them to locate hot spots so they know where fires are.

“If a regular beat cop stops for a traffic accident, takes a drone up and takes overhead pictures, you can clear the road faster because you have all the pictures you need from overhead of everything that happened,” Tumelty said. “You can get the road cleared quicker” and have digital photographs as evidence from the accident site.

Newquist responded to this with a single word: “Amazing.”

The Drone Club’s next meeting is scheduled for April 15 at 7 p.m.