Speaker: Take care of yourself to ease stress 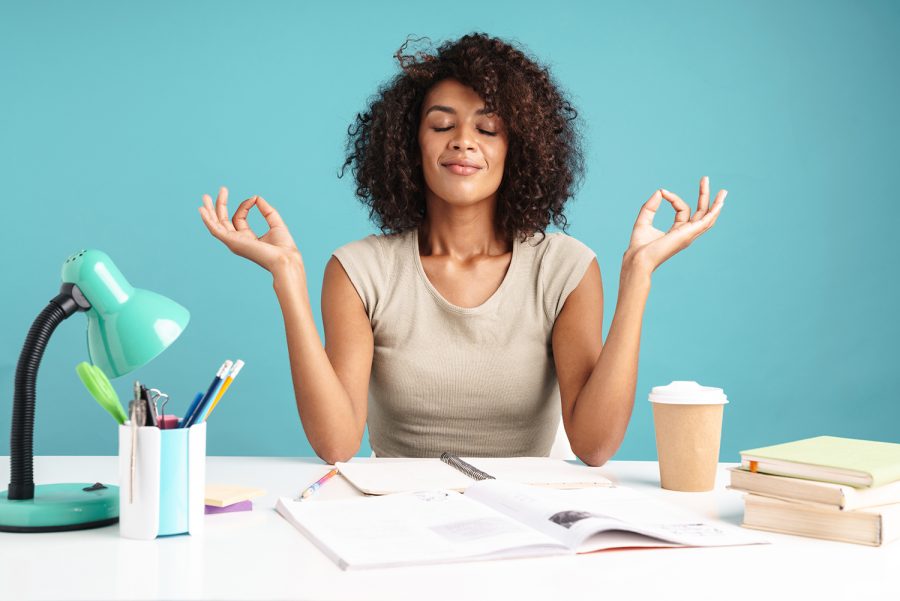 Meditation is one way students can ward off stress and feel happier, an adjunct instructor says.

To be happier and more successful, students can adopt the “four Cs,” according to an adjunct instructor who teaches parenting skills: clarity, communication, consistency and community.

“There’s a Buddhist saying about meditation that says that if someone says that they don’t have 10 minutes to meditate, then they really need to meditate for 20 minutes,” Deuren said. “We need to take time for ourselves.”

“Trying to give 105% to every project or assignment can actually lead to low self-esteem and anxiety and depression,” Van Deuren said. “And it can actually cause us to procrastinate, because of a lack of motivation or fear.”

Lakeyia Parker, a second-year nursing student who attended the workshop, said she would try to communicate better with her family and friends.

“Coming from a professor, you know, it’s just they speak better,” Banh said. “[It’s] just … more persuasive, even though all that stuff I kind of already know.”