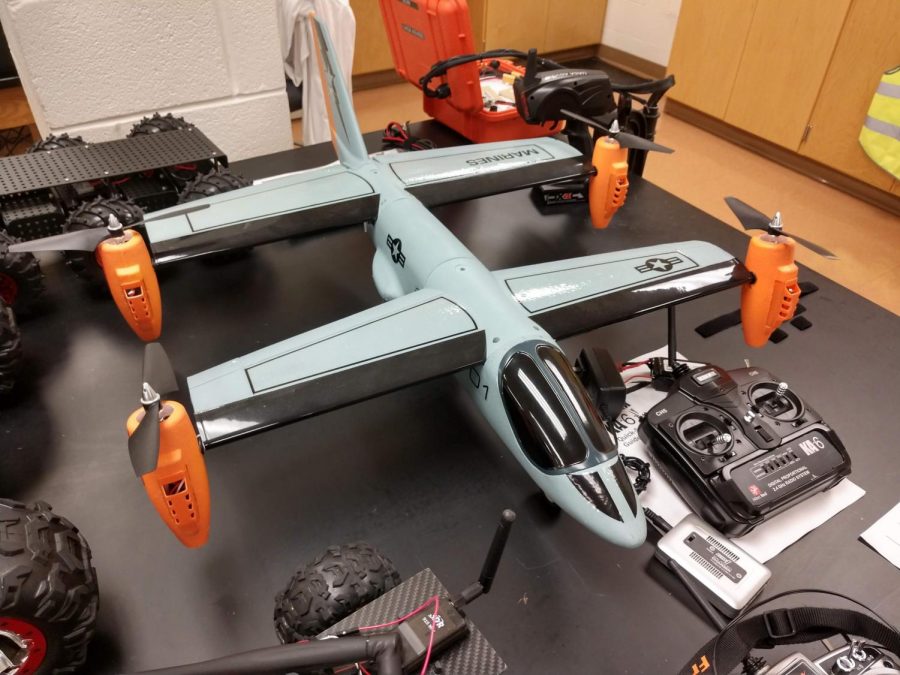 AACC's student Drone Club will meet in April for the first time in a year.

The AACC Drone Club will meet for the first time in a year on April 1, and its faculty adviser said he hopes to revise the inactive student organization.

Former faculty adviser Shad Ewart, the academic chair for the School of Business and Law and Business Management, said the pandemic made it difficult for the club to meet.

Still, he said, “A larger factor [for the Drone Club’s inactive status] was the students that started the club have graduated and moved on, and I think that’s nature of the beast with clubs when it comes to community colleges. You may only have the students for a year or two, [and] therefore you have to constantly churn new members.”

The Drone Club’s new adviser is Tim Tumelty, who teaches in the School of Science, Technology, and Education as an instructional specialist. Tumelty is known on campus as “the drone guy.”

The club, he said, is “a student-run organization with no students. So my goal for the reboot event is] to get students that are interested in drones to expand their knowledge of drone flying and drone safety.”

Tumelty oversees the drone center in CALT, which is the campus home to drones and drone information.

He said he hopes to introduce UAS 101, a three-credit course that will also teach students how to fly drones.

Students can register for the April 1 event on The Nest.